In Brussels, Donald Trump let me remind you about the “best allies”

At the NATO summit will discuss the upcoming meeting of the presidents of the United States and Russia. 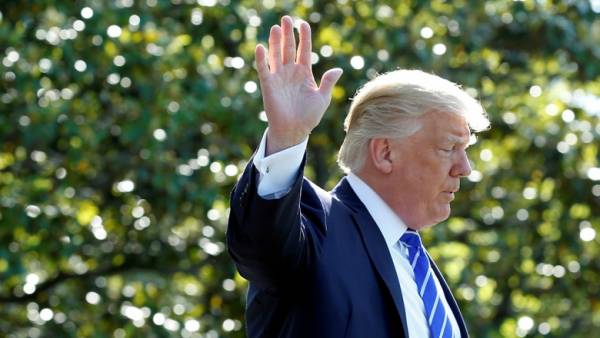 On Wednesday in Brussels opened a two-day NATO summit. While the traditional opponents of the Alliance activists of a different sort is preparing for the demonstrations in Brussels, the summit participants reflect on how to preserve the internal unity of the Alliance and the West in General. Anxiety associated primarily with the unpredictability of the President of the United States Donald trump. From the words of the President of the European Council Donald Tusk, who visited today the headquarters of NATO, followed: there are fears that the American leader soon after participating in a summit of the Alliance will meet with Russian President Vladimir Putin will forget about the fact that “America is not and will not have a better ally than Europe”. However, NATO Secretary General Jens Stoltenberg at the press conference made clear that these fears are exaggerated. The details of the Brussels correspondent of “Kommersant” Pavel Tarasenko.

In anticipation of the summit

The area near the Brussels airport went on high alert the day before the summit. This morning riot police blocked the iron shields with barbed wire on the road the new headquarters for many years to build modernist buildings, which will for the first time a full-fledged summit. It was reported that security during the summit will provide about 3.5 thousand 900 police and military. Such excessive precautions will not: meeting of the heads of the NATO countries are usually accompanied by performances of antiglobalists, pacifists, green, trade Union representatives and other concerned.

This year will be no exception. Last Saturday opponents of US President Donald trump held a rehearsal in the demonstration under the slogan not Welcome Trump (“Trump not welcome here”) took part, according to the police of Brussels, around 1.4 thousand people. The main events should go, when the capital of Belgium will arrive world leaders. Social networks were created by the groups organizing the protests.

“We invite everyone to take part in the actions against the NATO summit, which has the taste of blood. We organize nonviolent actions, which aim to block the summit or prevent its implementation”, — said the organizers.

On their website they also posted a list of potential targets, which can direct the anger of the protesters is not only the headquarters of NATO, and the embassies of member countries of the Alliance, the EU institutions, the Brussels offices working in the field of defence and security corporations.

The key event should take place in the environment: activists intend to organize a human chain around the building, which will host the gala dinner of the summit participants. “We will remind them of their wars, death, victims, the damage caused by them — promise the organizers.— They are the darkness we are the light”.

Naturally, in the headquarters of NATO with this approach strongly disagree. Speaking at a press conference, NATO Secretary General Jens Stoltenberg said that NATO “almost 70 years making the world a safer place”. Then he spoke in detail about the plans for the summit.

The Secretary General immediately set priorities, giving to understand that one of the key themes will be financial issue.

Mr. Stoltenberg said that NATO members in 2014, agreed to end the cuts in budget spending on defense and, on the contrary, increase them to the level of 2% of GDP. In 2014, this threshold was crossed only three countries in the current year, as told Jens Stoltenberg, there will be eight. “The results are encouraging”, — said the Secretary General.

Continuing to talk about the agenda of the summit, he noted NATO’s activities in the middle East, in particular, told about the plans beginning in the new Iraq training mission (which includes the creation of military academies and schools) and gain the help of other “key allies” including Afghanistan, Tunisia and Jordan. “Prevention (of conflict.— “B”) better invasion,” — said in this connection, Jens Stoltenberg.

Speaking about cooperation with other non-NATO countries, the Secretary General emphasized Georgia and Ukraine, calling them “the closest partners of the Alliance.”

However, even closer to NATO is Macedonia. As expected, the country that should soon change their name to Republic of Northern Macedonia and thereby to resolve a long-standing dispute with Greece will be invited to start negotiations on accession to the Alliance.

About the “Russian threat” this time at a press conference directly, said little, but many key decisions for NATO in recent years explained by this factor.

In particular, the strategy of increasing the mobility of the Alliance at the summit will be made a decision according to which the Alliance 2020 will maintain in readiness for use in less than 30 days 30 30 battalions and aviation squadrons. In addition, the final approval decision on the establishment of two new commands — the U.S. and Germany. Their staff will be responsible respectively for the protection of sea communications in the North Atlantic and ensuring operational lift forces from the continental US to Europe. In addition, the leaders of NATO will approve the creation of a centre for cyber operations.