What is known, Jeremy hunt

On 9 July, the new British foreign Secretary was appointed by the former Minister of health and social protection Jeremy hunt. In this position, he was replaced by Boris Johnson. Details of the biography of Mr. hunt in reference to “Kommersant”. 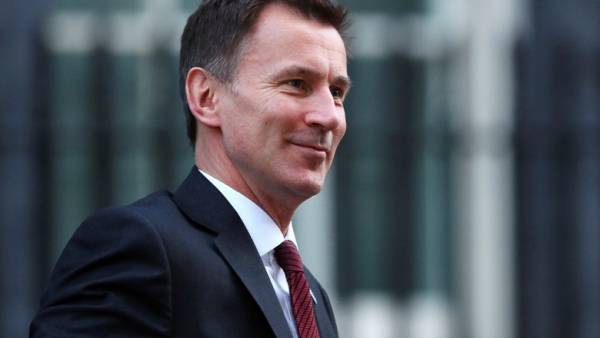 Jeremy, Richard Strensham hunt was born 1 November 1966 in London into the family of Admiral Nicholas hunt, the former commander of the British Royal Navy. He graduated from Magdalen College, Oxford University, where he majored in philosophy, politics and Economics. He was President of the University Association of the conservatives.

After graduation, he worked as a consultant Manager in the company OC&C Strategy Consultants, and then went to teach English in Japan. On his return to England in the early 1990s, was engaged in business, together with a childhood friend founded the PR Agency Profile PR, as well as the company Hotcourses, providing services in the field of education, of which he was Director until 2009. In 2017 Jeremy hunt sold his share in the company, will receive about £14 million.

In 2005, Mr. hunt became a member of the house of Commons for the electoral district of South-West Surrey, was re-elected in 2010 and 2015. In December 2005 he was appointed to the position of assistant Secretary of health for persons with disabilities in the shadow government of the conservatives. In 2007 he became shadow Minister for culture, media and sport.

In 2010, received in the office of David Cameron, the portfolio of the Minister of culture, media and sport with the authority for the preparation of the Olympic games. September 2012 — Minister of health and social Affairs of the United Kingdom. From 9 July 2018 — Minister of foreign Affairs.