Tribe of the wild

Once people were brought to the commander Islands reindeer, now they threaten the reserve. 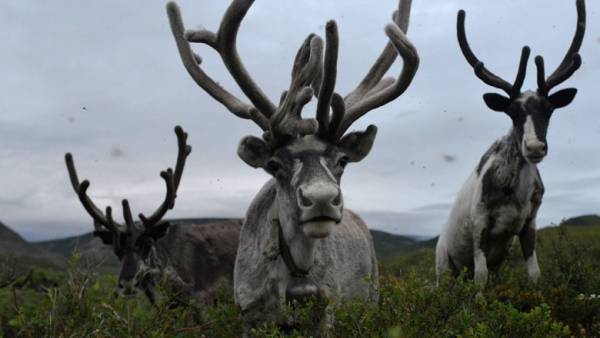 Wild reindeer could threaten the ecosystem of the commander nature reserve, located hundreds of kilometers from the coast of Kamchatka. In early July, his team announced that the mountainous Islands went on a special expedition, which will stay there all summer. If the scientists ‘ conclusions are confirmed, the number of deer are likely to reduce by artificial means.

The correspondent of the portal iz.ru talk to representatives of the scientific community, environmentalists and residents to understand what is so valuable in this remote reserve, why shoot animals and sometimes the only possible way, and is it true that reindeer can sometimes harm nature more than the production of oil or gas.200 km away from the mainland

Commander Islands — perhaps one of the most remote and therefore little-known Russian reserves. The four Islands are in the Bering sea, about 200 km from the coast of Kamchatka.

The largest of them are the Copper island and Bering island (where, by the way, is the tomb of the famous Explorer). The rest are sticking out of the water the rocks, and therefore to human life in principle unsuitable. People here live only in one place — in the village of Nikolsky, located on Bering island.

But nest on the Islands about 200 bird species mostly marine, some of which made not only in Russia but also in the international Red book. Named one of them — puffins, or the commander of a parrot — by the way, even called the local island Lund. Among the most famous inhabitants of the land — commander Fox, also listed in the Red book. But in coastal waters there are about 200 species of fish and lots of sea lions, the population here has almost 200 thousand animals. In addition, to the shores of the commander Islands swim whales of various species.

Actively explore the Islands began in the 1920s and 1930s. When the island was formed zverosovkhoz, from the mainland began to arrive on the island, scientists, hunters and fishermen. The end of the century it became clear that lost in the sea Islands had a lot to suffer from the actions of man, and in the 1990s, their territory became protected.

However, in the late XIX — early XX century on the island brought several dozen reindeer to provide meat and milk which the local population. In the reserve, where they had no natural enemies, deer felt fine — as people left the island, animals ran wild, their flocks increased.

Today, it has up to 1.5 million individuals — and reserve staff say the deer is seriously threatening the ecosystem of the Bering island.

In 1980-e years were estimated allowable number of animals on the island in 400 individuals. In 2015 there conducted a census of reindeer and found that it is inhabited by from 1.2 to 1.5 thousand animals.

According to the staff, deer trampling and unique flora, and inevitably destroy the nest inhabiting the island of birds. On satellite images of the Bering island is really visible into bald spots.

On the island Copper reindeer no vegetation and everything is in order. To ensure that the problem is deer, so-called species-introduced species, but simply — the stranger, the island in summer of 2018 went on the next expedition. It is for the reserve first. Previously, there came scholars who have studied the state of the vegetation — one of them was a professional cartographer from the Institute of Ecology.

They found that the condition of the natural ecosystem and vegetation on the island, where there are deer, very much degraded. Now, as far as we know, this research is ongoing. It is definitely a very interesting scientific experiment, — told the portal iz.ru Anna Belousova, head of the laboratory of the red book of the Institute of Ecology.

The reindeer who today inhabit the commander Islands, completely feral.

For this animal enough to be “unsupervised” for about 10-15 years, explained the portal iz.ru Mikhail Stishov, project coordinator for the conservation of Arctic biodiversity, the world wildlife Fund (WWF).

The reindeer are wild and come home. It is one and the same species, and homemade deer pretty quickly run wild and return to the source, so to speak, status. It’s not like the cows, there is between them, in fact, much less difference — said the expert.