Moscow. July 10. INTERFAX.RU — Andrew Burkina accused of negligence in the organization of firefighting in the Kemerovo shopping Mall. 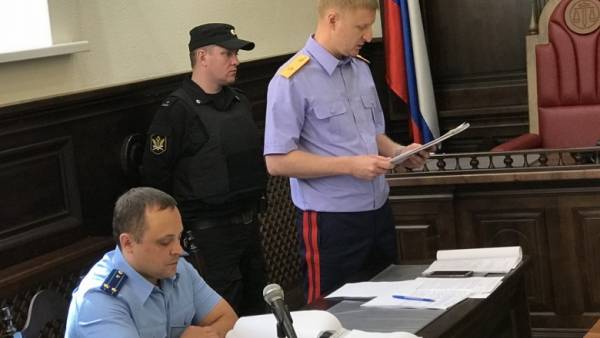 The Central district court of Kemerovo satisfied the petition of a consequence about arrest of the head of the fire fighting at the Mall “Winter cherry” Andrew Burcina, the correspondent of “Interfax” from the courtroom.

The court decided to satisfy the petition of the investigation, Borsino to elect a measure of restraint in custody until 7 September. Inna Mikhailenko judge

As reported, employees of SKR 7 July arrested and charged under part 3 of article 293 of the criminal code (negligence) the chief fire FGKU “1 the detachment of FFS of the Kemerovo region” Borsino in the investigation of the case about a fire in “the Winter cherry”.

According to investigators, he “organized the management of forces and means of fire fighting garrison of the city of Kemerovo on the scene of a fire that occurred on 25 March in the premises of shopping Mall “Winter cherry”, and not organized properly carry out reconnaissance of fire”. According to investigators, Boursin violated the requirements of the law “On fire safety” and the battle of the Charter of the fire departments that led to the deaths of 60 people. Himself Boursin pleaded not guilty.

The fire in TRTS “Winter cherry” in Kemerovo took place on 25 March. The fire started on the top floor, where the cinema halls, and where in the day there were many children. Killed 60 people, including 37 children.