KEMEROVO, July 10. /TASS/. The investigation asked the court to elect a measure of restraint in form of arrest for two months against the head of the firefighting service of the first detachment of the Federal fire service in Kemerovo region Andrey Burcina, who first arrived at the fire on March 25 in the shopping center “Winter cherry” in Kemerovo, killing 60 people, the correspondent of TASS from the courtroom. 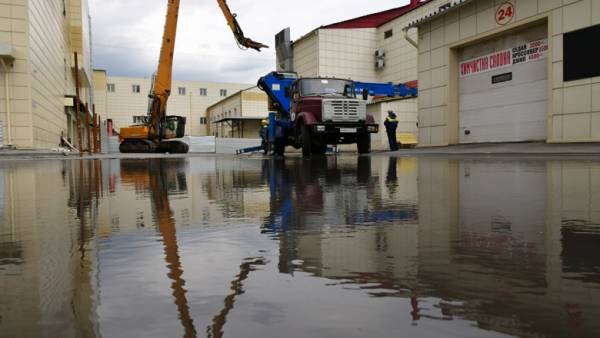 “Petition for election of a measure of restraint in respect of Burkina for a period of two months, until 7 September 2018”, — said the head of the investigation group of the RCDS Rustam Gabdulin.

He said that Burin may abscond from the investigation authorities and the court. Earlier, the gabdulina, he has not fulfilled the obligation to appear, leaving Anapa, where he was found and taken to the investigator. UK representative added that Burkina a lot of familiar colleagues, so it can exert pressure on witnesses, to conceal the crime. Gabdulin read the testimony of the witnesses that familiar Burcina put pressure on the victims outside the courthouse.
About the fire.

Burzin was arrested July 7 and 11 became involved in the investigation of the fire in the shopping center. According to investigators, he, acting in violation of the requirements of the Federal law “About fire safety” and the Battle of the Charter of the fire departments that are not organized by the management of forces and means of fire fighting garrison of the fire place, as well as exploration properly. Because of this, when a fire in the building of the shopping center killed people.