In Scotland, found the Board for the Board game of the Vikings

Archaeologists have discovered during excavations in Scotland a rare artifact — a stone Board hnefatafl, Board the Viking game resembling chess. 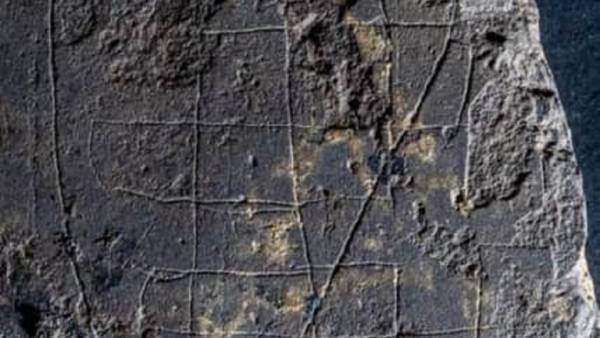 The find was made by archaeologists when searching for the location of the ancient Scottish monastery associated with Dirceu book — Latin evangelistaria X century from old deer, Aberdeenshire, one of the oldest surviving Scottish book. (In place of the missing, more ancient Abbey later, around 1219, was built another monastery, the ruins of which remain to this day.) According to the publication The Scotsman, the Board hnefatafl, the Board game of the Vikings unearthed a group of researchers led by Ali Cameron (Cameron Ali).

Experts report on the rarity of the finds is noted that in Scotland was found a few similar artifacts.

Hnefatafl played on a Board with an odd number of cells. The boards hnefatafl often present holes into which were inserted the chips with a pin. Among the pieces was a Royal, differing in larger sizes: in the beginning of the game she was in the center of the Board, and in its environment were placed other chips. Sometimes hnefatafl played with the cube — it showed how many cells you can move the chip or is it even possible to make a move. When in Scandinavia a proliferation of chess — the X—XI centuries of ecah — hnefatafl was forgotten.

While the Board found in Aberdeenshire, were not dated. It is known that a similar artifact was found on the Orkney Islands in 1989, was made between the V and IX centuries ad.