President of Azerbaijan Ilham Aliyev at the extended meeting of the government said that his country had contributed to the change of power in Armenia. According to Mr. Aliyev, Azerbaijan’s isolation policy against Armenia is justified. 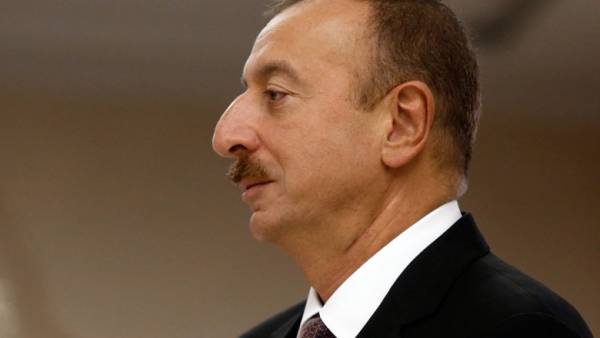 “I mean, what is our role in exile from the political arena in Armenia the criminal regime of Serge Sargsyan. I don’t want to talk about it and inflate our role,” Mr. Aliyev (quoted by “Interfax”).

He promised to continue the policy of isolating Armenia, until, until liberated by “all occupied lands of Azerbaijan”. He also expressed hope that the new government of Armenia will not repeat the mistakes of the previous government and “will take a constructive position in the Nagorno-Karabakh conflict.”

On April 23 at the background of mass protests in Armenia was the resignation of Prime Minister Serzh Sargsyan. The post of Prime Minister was the leader of the protest movement Nikol Pashinyan. The Parliament approved him for the post at the second attempt. Mr. Pashinyan stated willingness to engage with the leadership of Azerbaijan talks on the Nagorno Karabakh status.