The lessons of tolerance. “Miss Spain-2018” and other transgender people want recognition of its beauty

One of the most discussed topics early July was the recognition of transgender Angels Ponce, the most beautiful woman of Spain. Later this year a native of Seville will represent their country at the contest “Miss universe”. 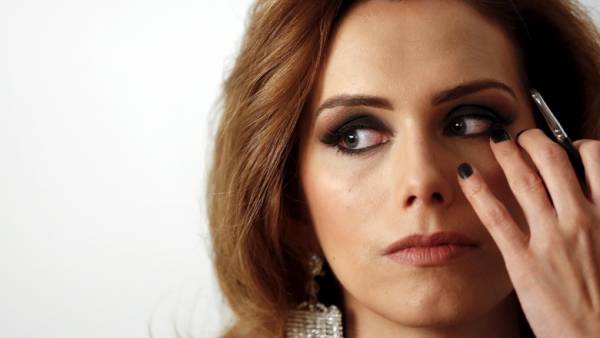 Meanwhile portal iz.ru studied the biography and social accounts of transgender celebrities: those who have the most successful career in the world of beauty and fashion on the basis of his newfound femininity.

When society is ready

Let’s start with the heroine of the week. 26-year-old angel Ponce happy that will represent Spain at the “Miss universe-2018”. She is going to use their participation in one of the two most prestigious international beauty contests as a platform for expressing important ideas.

During the download an error has occurred.My goal is to convey a message of inclusiveness, respect and diversity, not only in relation to the LGBT community, but around the world.Angel Ponce

Interestingly, Ponce is not the first time participating in a beauty contest. In 2015, the Spaniard appeared on the national stage “Miss World”, but not borrowed prize-winning places. Then the girl said in an interview with the local press, that society is not ready to accept a transgender beauty, because few understand the diversity. “I’m not weird, I just have a different story,” she said. Then Ponce promised not to give up and kept his word.

A ban on the participation of transgender people in the contest “Miss universe” was filmed in 2012. Six years after this event, we will see, will the perseverance of Spaniards rich fruits.

Most Angels fighting spirit: “I want to teach the world the lesson of tolerance and respect for themselves and others,” she claims.

Between the two genders

Another prominent representative of the transgender community, 26-year-old model Andrea Pejic. Born in Serbia, the Australian woman became a successful model even before the sex change. Then, Pejic was called Andrew, and thanks to the unique androgynous looks demand of men, and at women’s fashion shows: suits and dresses look equally good.

Quite a long time Pejic argued that, despite the effeminate appearance, he prefers to be a guy and not think about sex change. He was offended when, in 2011, the magazine FHM included it in the hundred most beautiful women in the world. The future showed that the then Andrew cunning: in 2014, he underwent surgery for the correction of the floor and began to live as a woman under the name Andrea.

During the transgender coming out, Pejic said that since childhood, considered himself to the female sex. According to her, she would change gender much earlier, right after graduation, but received a lucrative offer from a model Agency, then career went uphill, and all had some time to wait. However, having finally transgender transition, Andrea, in her confession, I felt completely happy.

Pejic original not only in appearance. She is a Marxist; in the future plans to quit catwalk career and stepanovskii, to buy a house in an Eastern European village and raise chickens.She deserves it

To get a contract with one of the brands of the L’oreal group is the dream for any model. It managed to make the Brazilian transgender Lea T: in 2015, the 37-year-old latina became the face of Redken brand, offering premium products for hair care.

Lea changed her sex to female in 2011. As Pejic, she has worked as a model and to gender transition.

During the download an error has occurred.The twentieth century is not

All of the above transgender women are not the first who tried to achieve success in the world of beauty and fashion. They had a predecessor, and last career was not so smooth. And the army loyal Instagram fans and many supporters in the LGBT community they had. Only 30-40 years ago, any “oddities” was blacklisted for activities related to beauty.

In the 1970s model Tracy Norman became the first African-American woman whose picture appeared on a box of popular hair dye Clairol. A great achievement — but the company didn’t know chose for cooperation of the transgender model. Norman did not advertise the fact of sex change. In her youth, she made a transgender transition, to seek the assistance of an underground doctor, who agreed to inject the needed hormones. That she was once a man, known only to the relatives of the girl.

After the success with Clairol careers Tracy walked up the hill, she modeled for Vogue and other prestigious magazines. While in 1980 during one of the shoots assistant stylist didn’t find out the truth about Norman. Pictures Tracy for Essense magazine was not published, it refused to cooperate all companies. The American woman remained nothing how to go to Europe and try to build a career in a new place. But also in Paris and Milan for it, and Norman turned and began to work as a dancer in a burlesque show in a club for transvestites.