MOSCOW, 9 Aug — RIA Novosti. The growth of pensions at the level of about a thousand rubles a year, provided from 2019, will be incorporated in the law, the draft law on the amounts of indexation of pensions to non-working pensioners will be submitted to the government simultaneously with the Federal budget, said the Minister of labour and social protection Maxim Topilin. 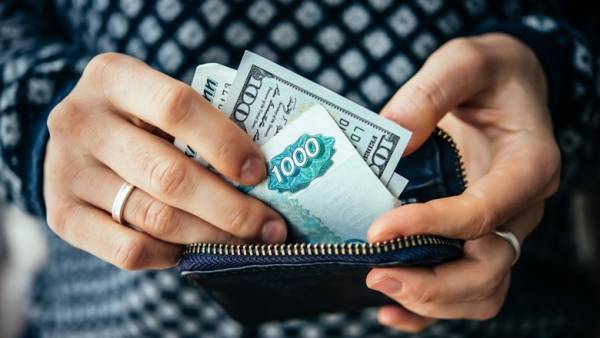 He recalled that the increase of pensions from 2019 will be held on 1 thousand roubles a year, and in 2024 is scheduled for release on the parameters of the pensions of about 20 thousand.

“These are the parameters that are provided, and they will be fixed in the governmental documents. Accordingly then will the State Duma discussed the second reading (the bill on amendments to pension legislation — ed.) will find place in the legislation, which now these items are not provided,” — said Topilin during the zero reading of the draft Federal law “On amendments to certain legislative acts of the Russian Federation on the issues of assignment and payment of pensions” in the Public chamber.

Earlier, Prime Minister Dmitry Medvedev said that the government proposes to raise the age of retirement to 65 years for men and 63 years for women. The process will be phased and will start in 2019. The government has submitted relevant bills to the state Duma after consideration at a meeting of the Russian tripartite Commission (RTC) for regulating social-labour relations. The regions of the Russian Federation until July 17 to discuss draft amendment to pension legislation. First Vice-speaker of the lower chamber Alexander Zhukov said earlier that the bill will pass in the autumn in the state Duma in second and third, final reading.

Russian Finance Minister Anton Siluanov on the meeting of the tripartite Commission stated that the changes in pension legislation and taxation should provide a new quality of economic growth and enhance the quality of life of citizens. According to him, the pension bill aims to increase the real pension in the country. All funds received through its implementation, will go to social sector, special emphasis will be placed on health.

According to the head of Sberbank German Gref, the proposed changes will contribute to pensions to a decent level. According to the head of the accounts chamber of the Russian Federation Alexey Kudrin, the increase in the retirement age would yield savings to the budget of the Russian Federation in 2024 1 trillion rubles a year, a significant portion of these funds, the authorities will direct on increase of pensions. President of the Association of pension funds (ANPF) Sergei Belyakov said that the decision to raise the retirement age overdue, this is required fundamentally changing demographic trends and age structure of the population in the Russian Federation.