Symbiosis in the bottle. Why is Kombucha is the most fashionable drink in the United States

Remember, in early childhood every family on the window was a Bank with slippery mushroom tea? Believe it or not, today it is the most fashionable drink in the United States. 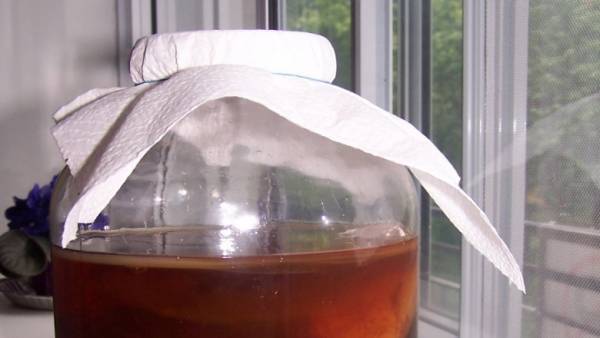 Layered slippery substance of bacteria and yeast in the muddy Bank of a bogey than one generation of our countrymen. This drink was considered to be incredibly healthy.

Today it has become very popular in America. Here he is known as “Kombucha” and became a useful substitute for sugary drinks. For 2017, the market Kombucha in the United States increased by 37.4% to 556 million dollars. And, by the way, as any overseas fashion, because of the ocean he returned to Russia.

The first mention of this medicinal beverage in ancient Chinese writings.

And in Russia he was in the beginning of XX century, he brought the officers involved in the Russo-Japanese war of 1905. The war ignominiously lost, but slimy trophy from Asia were taken.

And he lived a happy life for the Tsar-revolutionary Soviet Windows, before I was banished from the kitchens of the overseas soda. By the way, the mushroom was very popular among Soviet prisoners: in the absence of normal medical care, they treated each other and themselves that they.

And in the US fame Kombucha added, according to tradition, our citizen Viktor Bout, too, as it was called in the USSR, “accidents”. In 2015, in the chamber bout, who is serving a 25-year term in the United States on charges of trying to sell weapons to the FARC (in the US organization considers a terrorist), found a container of a tea mushroom. The administration was confident that he manufactures alcoholic drink by type of moonshine, and capacity selected. As told on this occasion, the prisoner’s wife Alla, Viktor raised a mushroom on spiton tea, treated them companions on the camera and even security guards. In 2017 he again found Kombucha. This time the prisoner even punished: added 40 days to the date and deprived of the indulgences earned for good behavior. Now booth were allowed to cultivate the drink. Moreover, what really is Kombucha is the beginning of the conquest of the American market much earlier “planting” of our booth in a U.S. prison.

Symbiosis in the bottle

In fact, the mushroom was brought to the US from Europe in the twentieth century, where he was, most likely, from Russia with fleeing the revolution by the whites. In the US his name “Kombucha” he got the name from the Japanese tea of kombu seaweed. Initially, they were constantly confused, not now, but the name stuck.

By the way, Kombucha is not a mushroom, so we called it wrong too. In fact it is mucous formation that emerged from the symbiosis of the microorganisms with the scientific name zooglea.

Now this Googley bred and sold around the world. According to consulting company Zion Market Research, in 2016 global sales of Kombucha reached $ 1 billion, and by 2022 this figure will grow to 2.5 billion And it against for that year falling of incomes of all producers of carbonated soft drinks.

The growing popularity of Kombucha linked to the universal passion for a healthy lifestyle. It is believed that the drink contains probiotics and helps to restore intestinal flora. However, while 100% proof is not received. But it is not harmful — it is unique. Today drink to buy bottled in specialized stores.

By the way. The cost of one half-liter bottle Kombucha in Russia is 200 rubles.How to grow mushroom