Us Senator advised Trump to challenge Putin in Helsinki 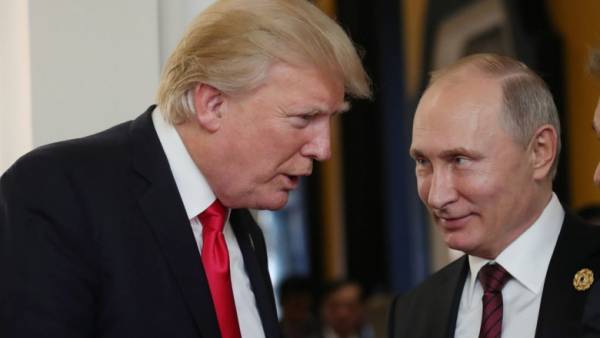 “When Putin would deny that he was involved in our elections in 2016, the reject denial challenge” — quoted by Graham channel.

The investigation of alleged Russian interference in American elections, as well as alleged links trump with Russia that contradict the White house and the Kremlin, is a special Prosecutor, Robert Mueller, and in parallel with it — the Committee on intelligence of the house of representatives and the U.S. Senate. Russia denies such allegations, calling them unsubstantiated. Press Secretary of the President Dmitry Peskov called allegations of meddling in the election “completely unfounded”.

“Don’t let him deny the obvious. They are still trying to undermine the election cycle in 2018,” added Graham.

The presidents of Russia and the USA are scheduled to meet on 16 July in Helsinki. The Kremlin earlier reported that Putin and trump will discuss the perspectives of development of bilateral relations and topical issues of the international agenda. This will be the first full meeting of the leaders of the two countries without reference to the summits. They first met in Hamburg on the sidelines of the G20, then had a short conversation in Vietnam at the APEC summit.