LONDON, July 8. /TASS/. UK plans to introduce new anti-Russian sanctions in connection with an incident of poisoning of two people with nerve substance in Amesbury. 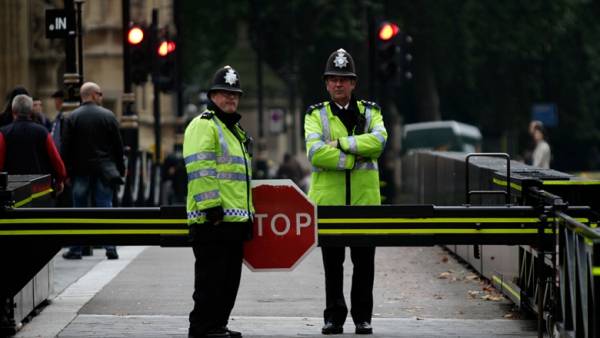 This was stated on Sunday in an interview to Sky News, the Minister of internal Affairs of great Britain, Sajid Javid.

“Currently no such plans. We don’t want to jump to conclusions,” said the Minister in response to a corresponding question of journalists during a visit to Amesbury.

Javid recalled that scientific experts have determined that the victims from this city were poisoned “the same substance that was used in March” against the ex-GRU Colonel Sergei Skripal and his daughter Julia. The Minister noted that in March poisoning in Salisbury is Russia.

Back in March, we know that the Russians did, we know that it was a barbaric and inhuman act on the part of the Russian state. However, in relation to this particular incident [in Amesbury], we need to have more information and allow police to do their job.Sajid Javelinist internal Affairs of great Britain

Javid added that the victim in Amesbury pair visited places subjected to disinfection after the incident in the nearby town of Salisbury. “At the moment there is no evidence that the two persons injured in this incident [in Amesbury], visited any of the places associated with Kripalani. These places have been sanitized and is again open to the public,” said the Minister. He also added that the medical experts came to the conclusion that the threat to public health remains low.

44-year-old British woman dawn Sturges and her 45-year-old companion Charles Rowley June 30, was hospitalized in Amesbury (Wiltshire) in critical condition, and later in charge of the investigation, Scotland Yard issued a statement that they have been exposed to the “Newbie” is the same nerve toxin, which in March, was allegedly poisoned ex-GRU Colonel Sergei Skripal, sentenced in Russia for espionage in favour of great Britain, and his daughter Julia. Then London blamed on Moscow. Russia has repeatedly denied allegations of his involvement in the incident.