Code red. As China copied the space achievements of the USSR

The Chinese space program is reminiscent of the “Cold war”. 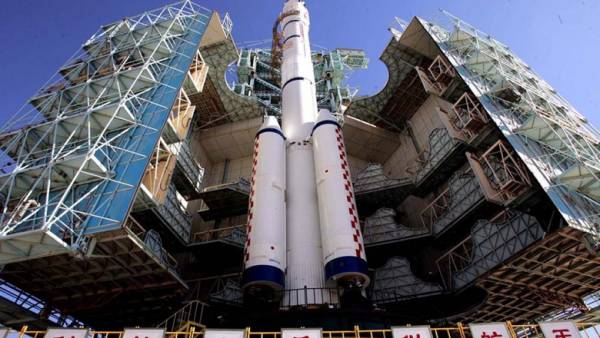 The way into orbit

Scientific work in the field of rocketry began in China in 1956, seven years after the Communists came to power in the country. China at that time was suffering the consequences of a bloody and lasted more than 20 years of civil war and occupation by Japan during world war II. So naturally not able to take the first steps in one of the most science-intensive fields. At this stage, the young socialist country had, as you might guess, the Soviet Union. But after a cooling of relations between the countries of the Communist bloc in the 60 years of official cooperation on the space program was curtailed.

The experience and the resulting technologies have allowed the PRC to join the club of space-faring Nations: in 1970 it became the fifth country in the world, which put into orbit an artificial satellite. The output of the apparatus provided by the carrier rocket Long March-1 from the same family of missiles that could change the balance of power in space now.

Economic difficulties, the cultural revolution, the PRC’s integration into the world market influenced the development of space programs: despite the progressive development and opening of a new cosmodrome to launch a man into space, it took a long 30 years and not without the help of Russia and of the USSR heritage.

After the collapse of the Soviet Union, China has embarked on active cooperation with Russia. In the new conditions the country has signed an intergovernmental agreement on cooperation in the field of space exploration in 1992 and 1996. These agreements can be seen as uniquely useful for the Chinese: their squad future astronauts began training in Russia and technological cooperation allowed to proceed with the development of manned spacecraft Shenzhou family (“Shenzhou”). Although officially, the technology transfer was not reported, but apparently have played a role the weakness of the secrets in Russia in the 90s: the obvious similarities with the Soviet Shenzhou manned spacecraft “Soyuz” note even the Western media.

The completion of this stage of development of the space program, China became the flight of the first Chinese cosmonaut Jan Livea 15 October 2003. The spaceship Shenzhou-5 was launched into orbit carrier family Long March.

According to the Soviet plan

After the manned spacecraft, the Soviet Union launched into space the orbital station “Salyut”. Later was created the space station “Mir” and, finally, the international ISS project.