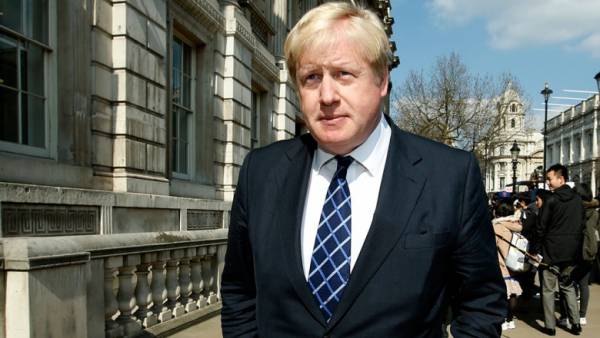 Despite the criticism, said channel, Johnson agreed to support the position may at a meeting of the Cabinet of Ministers.

During the meeting, July 6 British Ministers agreed its position on Brexit negotiations with the EU. In particular, they agreed on a plan to create free trade zone with the EU for industrial and agricultural goods, which provides a common EU registry. A new customs agreement between the UK and the EU, said “bi-Bi-si”, will focus on the creation of “the United customs territory”. Mei said that such a plan will ensure the execution of Brexit.

According to the channel, Johnson said that the plans may can make the UK a “vassal state” and become a “serious constraint to free trade”.

Source TV channel said that the Minister had made those remarks with irony.

Previously, he criticized those customs relations with the EU, which will not give the UK control over its trade policy, and will create a dependency from the EU.