A firefighter recalled the negotiations in the “Winter cherry”

Extended the term of arrest of a new defendant in the case of a fire. 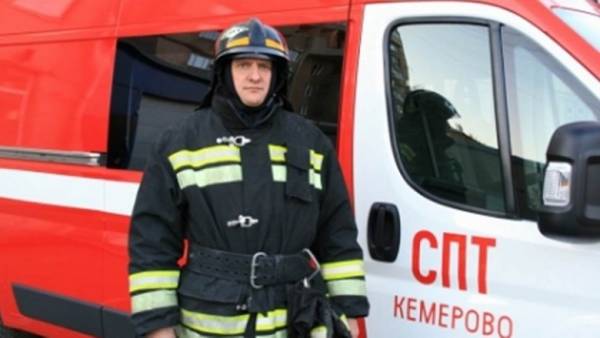 The Central district court of Kemerovo on Sunday extended the 72-hour period of detention to the chief of the firefighting service of the 1st squad FPS in the Kemerovo region Andrey Borsino. He first arrived at the fire at the Mall, “Winter cherry”, but acted according to the Investigative Committee of Russia (TFR), carelessly. The court did not consider the petition of a consequence about arrest of the fire, as the Prosecutor General because of the difference in time did not have time to check the legality of the case against Mr Burcina. He does not plead guilty. The trial adjourned until July 10.

The petition of the investigation about the arrest of Andrew Burcina be taken today at 11:00 local time, but the meeting was postponed for three hours: the defense requested time to study the case materials. The criminal case against the chief of the fire FGKU “the 1st squad FPS in the Kemerovo region” Andrey Burkina TFR filed 7 Jul. He was charged under part 3 of article 293 of the criminal code (negligence).

The investigators believe that a fire broke field manual fire departments, “is not organizing the management of forces and means of fire fighting garrison of the city of Kemerovo on the fire place,” which eventually led to death.

The meeting room did not accommodate all those wishing to present in the process. In addition to victims came numerous relatives of the firefighter and his colleagues. The Prosecutor before consideration of remand filed a motion to extend the detention of the accused up to 72 hours, citing the fact that the General Prosecutor’s office because of the time difference, did not have time to check the legality of the decision of the TFR on excitation of criminal case concerning Andrey Burkina. “In the absence of conclusion about the legality of excitation does not seem to be able to comment on the validity or invalidity of election of a measure of restraint in respect of Burkina in the form of detention,” — said the Prosecutor. The Prosecutor supported the accused and his counsel.

Senior investigator for particularly important cases when the RCDS President Rustam Gabdullin and the victims objected to the extension of the detention and insisted to consider the petition for election measures of restraint Borsino without delay. The investigator explained his objection to the fact that after excitation of criminal case the copy of the resolution was sent to the supervising Prosecutor by e-mail on the evening of 7 July. “I think the petition must be dismissed and to consider the matter immediately and now,” said the victim, Alexander Ananiev, lost in a fire in “the Winter cherry” of three daughters. Other relatives of the victims supported it.