The Minister of education of Latvia Karlis Sadurskis called Russian schools in the country illegally. About it reports the edition “Neatkariga”. 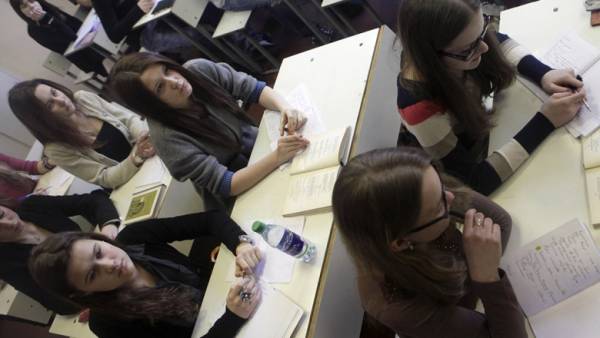 “The creation of Russian schools in Latvia is just a fantasy Lukyanova (Russian Ambassador in the Republic Yevgeny Lukyanov— approx. “Of the tape.ru”), not having a legal basis,” said Sadurskis.

The Minister of education explained that it is impossible in the country to open a school if its educational program meets government standards. This applies to both public and private schools.

Earlier Lukyanov criticized the education reform in Latvia, which stipulates a total ban of Russian-language education in the country. The Ambassador said that Russia is considering different options for support Russian language in Latvia. One possible measure is called the establishment of a school at the Russian Embassy. This step, according to the plan Lukyanova, would allow schools to be free from the local teaching methodology and to resolve all issues with the Russian Ministry of education.

In June Latvia had banned education in Russian language in the country.