Of the things raised from the bottom of the canals of Amsterdam, did an online Museum

The builders of the subway 20 metres dug into the cultural layer at the bottom of the Amsterdam canals, where eight hundred years had rested accidentally and specially thrown into the water objects, from medieval jewelry to Pokemopolis. 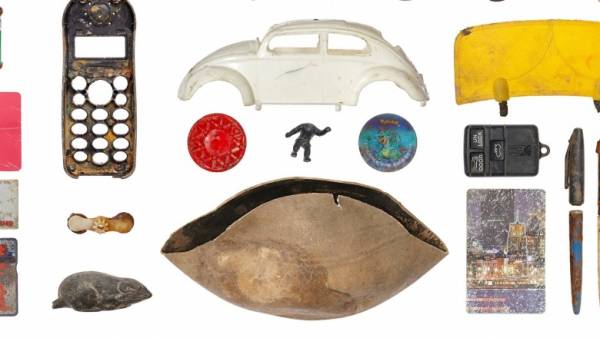 In 2003 in Amsterdam have started digging a new metro line and drained two channel, Damrak and Rokin. Until then, for many centuries, these branches of the river Amstel was lively transport routes. In addition, to their dark waters, the townspeople threw everything — trash, unnecessary items and things that need to get rid of.

Metro builders has deepened and widened the channels of the former; for it they had 20 metres to take in the cultural layer.

For construction work, they found more than 700 thousand artifacts, some Dating back to the XIII century.

All this wealth is catalogued, and the catalogue posted on the site Below the Surface (there is a Dutch and English version). Moving along the timeline on the website is possible to examine the finds lifted from the bottom of the channels from the old mobile phones and a plug-in jaws to bronze jewelry; there are even a few things of the stone age — the bones and teeth of animals, stone tools, and fragments of modelled ceramics.

Most of the artifacts from the channel Damrak dates from the period from 1400 to 1600, in the canal Rokin more modern things (1650-1800). The organizers of the online Museum, explained: “these objects reflect the history of everyday life. The artifacts of the channels is a great historical source, and the study captures mainly due to a combination of chance and predetermination, in which those things were on the bottom.”