In Japan hung the founder of the “AUM Shinrikyo”* Shoko, Asahara 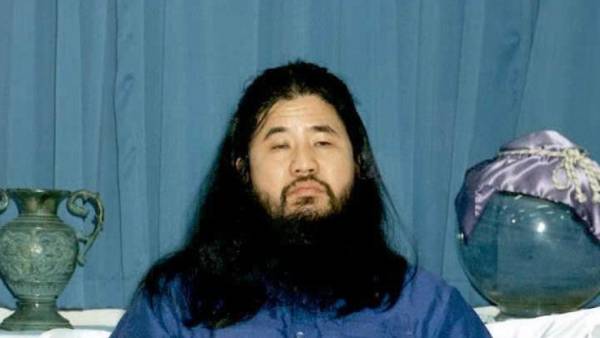 Also executed a former “war Minister” of the sect, Cahide Hayakawa, who in 1993 led the construction of a plant for the production of sarin in one of the Japanese units. In the early 1990s, Hayakawa was a frequent visitor in the offices of the organization in Russia, he was engaged in buying and shipping to Japan, Kalashnikov assault rifles and Mi-8.

In addition to Asahara and Hayakawa, hanged a number of the leaders of the organization, including Tomomasa Nakagawa and Yoshihiro Inoue. Just on Friday the scheduled seven executions.

The sect “AUM Shinrikyo”* (“Doctrine of AUM truth”*) organized Shoko Asahara (Chizuo Matsumoto) in 1987. Its population has reached, according to various estimates, from 30 to 50 thousand people, including more than ten thousand — in Russia.