MOSCOW, 6 Jul — RIA Novosti. Selling books of Mikhail Bulgakov increased by 30% since the start of the world Cup, is particularly popular with foreigners is the publication of “the Master and Margarita” in English, told RIA Novosti the head of the network of bookshops “Moscow book House” Nadezhda Mihailova. 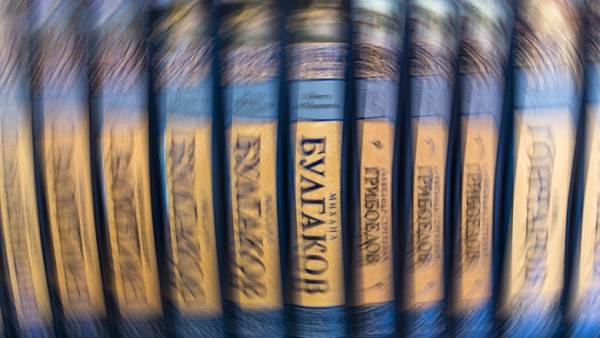 The world Cup was first held in Russia from 14 June to 15 July, the matches will be played in 11 cities: Moscow, Saint-Petersburg, Volgograd, Yekaterinburg, Kazan, Kaliningrad, Nizhny Novgorod, Rostov-on-don, Samara, Saransk, Sochi. According to analytical data of the network book, the most popular among foreign fans enjoyed this Russian classic.

“The most popular writer among tourists was Mikhail Bulgakov in June, sales of his books published in foreign languages increased by 30% compared to the previous month. The most popular among all the works of the novel “the Master and Margarita,” especially in English. The book also popular in Spanish, German and Italian,” — said Mikhailov.

The sale of books by Alexander Pushkin in foreign languages has doubled during the world Cup, but the most popular was his novel in verse “Eugene Onegin”, noted the Agency interlocutor. Mikhailov added that the interest of foreign tourists is also called novels of “Anna Karenina” Leo Tolstoy, “the Idiot” by Fyodor Dostoevsky and “Doctor Zhivago” by Boris Pasternak.

“Among books of nonfiction, foreign tourists mainly acquire guidebooks in English for the cities hosting football world Cup”, — concluded the head of the network.