MOSCOW, 6 Jul — RIA Novosti. Japan hanged a leader of the “AUM Shinrikyo” * Shoko, Asahara sentenced to death in 2004. The most notorious crime of the sectarians — gas attack in the Tokyo subway in 1995. 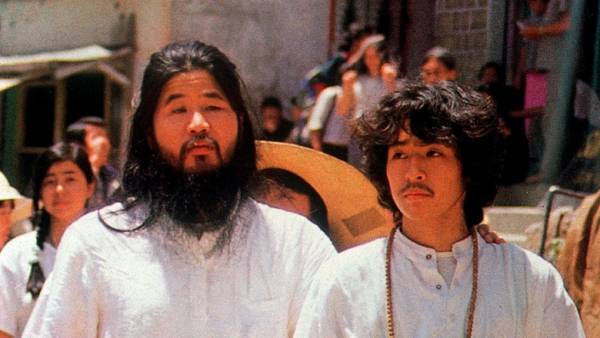 RIA Novosti explains how this pseudo-religious organization operating in Russia and why its domestic adherents were the most faithful followers of Asahara.

Who is Shoko Asahara

Tijou (Chizuo) Matsumoto, later took the name Shoko Asahara (“bright light in the valley hemp”), was born into a poor family of tatami manufacturer. Since childhood, he was blind in his left eye and only partially seen right. But this did not prevent him to be a bully in school, beat up pupils and extort money from them.

Trying to become a doctor, she studied pharmacology and acupuncture. In 1981, for illegal trade in unlicensed medicines was fined 200 thousand yen (about 900 dollars at the then exchange rate). In those same years from Matsumoto developed an interest in religion: Taoism, Chinese astrology, esoteric practices of Buddhism and Christianity.

In 1987, changed his name and founded the monastic order of the “AUM Shinrikyo”. In 1992, he declared himself Christ, the lamb of God and the only enlightened master in Japan. Claimed that the end times — Armageddon — is essential for the salvation of mankind.

How did the sect

Rule among the followers of Asahara has set strict: the adherents of the “AUM Shinrikyo” was to convey to the sect all the property, implicitly observe discipline and obey the teachers. When the collective vigils were used psychotropic substances, practiced hypnosis. Apostates and enemies of the sect were eliminated physically.

The sect has been active in entrepreneurial activity. The profit received from yoga centers, restaurants, shopping and tourist companies. The organization owned land.

In Russia it was banned only in the mid-1990s, after a series of terrorist attacks in Japan using the nerve gas sarin.

In 1995, Japanese authorities arrested almost all the top of the “AUM Shinrikyo”. Began the trial. In 2004, the Tokyo district court recognized, Asahara guilty on 13 counts, including murder, kidnapping, illegal manufacture of weapons, a coup attempt.

The court considered the case of the sectarians until 2016. In addition to Asahara, were sentenced to death twelve of his followers, about 200 of the sect were sent to prison.