Vladimir Uglev commented on the new poisoning “Rookie” near Salisbury

The British authorities claim that the couple from Amesbury suffered from the toxic substance from the group “Beginner”. The case is being investigated in conjunction with poisoning Skrobala. 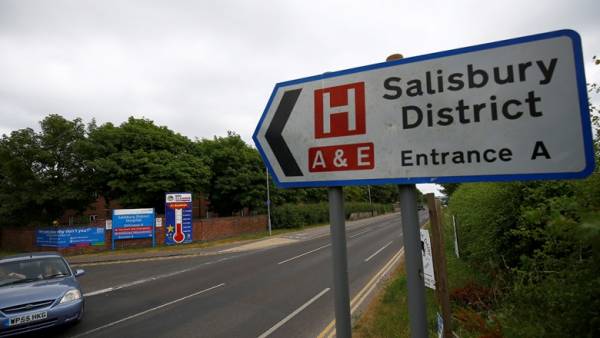 Sometimes conspiracy theorists are right: a couple in Amesbury still poisoned “Beginner” — at least, so say the British authorities. The incident will be engaged in anti-terrorist police in Britain, the case is being investigated in conjunction with Skrobala poisoning, which occurred four months ago.

“The probability that these two events may be related, undoubtedly, is one of the areas of our investigation”, — reported in Scotland Yard.

July 4 has information about that town near Salisbury, was found a man and a middle-aged woman unconscious. The police said that the victims were “poisoned by an unknown substance” — most likely, poor quality drugs, but conducted additional testing.

Press has divided into two camps: the tabloids have held direct Parallels with the assassination attempt on Skrobala in Salisbury, more serious publications have filed the information with restraint and almost did not mention Russia. As it turned out, this time the lovers of sensations were not mistaken — it was still “Rookie”. Here is what assistant Commissioner of the Metropolitan police of great Britain Neil Basu: “at Approximately 10:15 a.m. Saturday, June 30, from a dwelling house in Amesbury, Wiltshire, received a call to the ambulance service. 44-year-old woman lost consciousness and was taken to the hospital. At approximately 15:30 “fast” again called to the same address — poor was the 45-year-old man. He was taken to the hospital, then the police had been informed of the County. The primary conclusion was that both patients took the drug is potentially low quality. However, on Monday, July 2, due to concerns about symptoms both affected the test results were sent to the laboratory Porton Down”.

British authorities announced the names of the victims. The woman’s name is don Sturges, a man — Charlie Rowley.

According to the investigation, “nothing in their backgrounds” does not indicate that they were the target of assassination. In Scotland Yard yet “have no idea” how the victims could face a Novice. All their movements before loss of consciousness, the investigators analyzed a number of locations in Amesbury cordoned off.

According to police, there is no reason to believe that Sturgis and Rowley attended the same place the day before the incident that Skrypali. Judging by the comments of the British press, poisoning not related to Russia, people in England do not consider as a reason to question the conclusion of London on the guilt of Moscow attempted Skrobala. Reputable media actually consider only one version: the new victims accidentally came in contact with the remnants of “Newbie” used against the former GRU Colonel and his daughter.

The tabloids published details about Sturgis and Rowley: as stated, they led a marginal life. Each affected Sam Hobson, who helped to get the unconscious Sturgis to the hospital, told local newspaper South West News Service about the incident: “We came home from the hospital, and he, Charlie, symptoms started. We were preparing the clothes for don to take to the hospital, but he became ill and he went to take a shower. Then his eyes turned red and pupils turned into dots, he began to mumble something. It was obvious that he’s hallucinating. He started frothing at the mouth, and he began to swing back and forth. He was completely sober, didn’t do drugs. Then he began to make strange noises and act like zombies. Then leaned on the wall and slid down.”

The secular tabloid the Sun publishes details about the victims. According to the publication, Charlie Rowley heroin addict sober. Allegedly that is why doctors and police initially considered the version that is on narcotic poisoning.