17% of citizens believe in the victory of the national team for the 2018 world Cup. 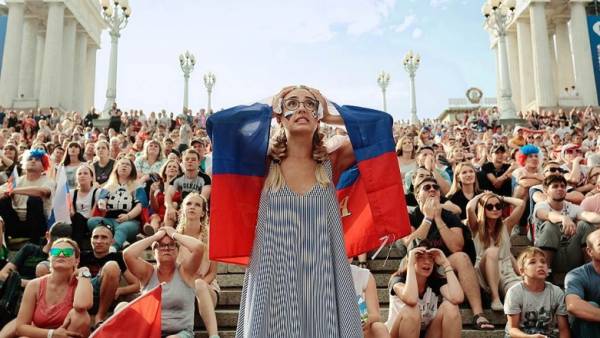 According to the survey “Levada-center”, the world Cup is the most significant event of the month for the greater part of the population (56%). Pension reform called 31% of respondents, and 7% remembered straight line with the President. After the victory of the Russian national team over Spain in the 1/8 finals the attention of the public to watch broadcasts of matches increased from 62% to 70%, found the all-Russia centre of studying of public opinion (VTSIOM). In “Levada-the centre” argue that the success of the national team has not fundamentally affect the significance of the championship for the population.

The most important event in June for the Russians was the world Cup: “Levada-the centre” said 56% of the respondents. The government’s proposal to raise the retirement age called the most significant 31% increase in fuel prices, housing and low wages — 13% of respondents. For 7% of respondents the most memorable event was the direct line with Vladimir Putin, 6% said significant “events in his personal life”, about the government’s proposals to raise taxes remembered 5% of the population. 11% did found it difficult to answer the question about the most important events of the last four weeks.