Moscow. July 5. INTERFAX.RU the Source of the Iraqi TV channel “Rudaw” in the Iraqi intelligence services said Thursday that, according to him, the son of the leader of the terrorist organization “Islamic state” (banned in Russia), Abu Bakr al-Baghdadi — Huzaifa al-Badri was killed on 2 July during a strike of Russian VKS terrorist positions in HOMS province. 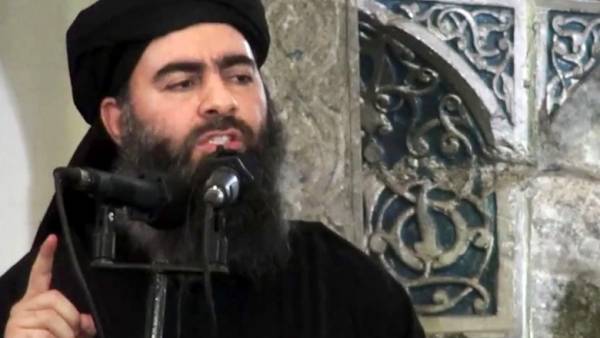 The report States that the Russian air force on 2 July launched three missiles at terrorist hideouts in the mountains of HOMS. In the shelter at the moment of impact was about 30 commanders of the IG, and the guards of al-Badri.

Previously members of the IG have reported on the Internet about the death of his son al-Baghdadi during clashes with government forces of Iraq and the Russian VKS near the province of HOMS.

The leader of the IG Abu Bakr al-Baghdadi is in the international wanted list, its exact location is unknown. Have repeatedly appeared information about his death, however, the representatives of the terrorist group these messages denied.

See also: base Hamim shot down drones of unknown origin