Medvedev threatened to transfer the universities of the Ministry of education, if the founders they “don’t care”

Prime Minister Dmitry Medvedev said that universities can be transferred to the Ministry of higher education and science, if their founders do not care about their work. The appropriate point of view, the Prime Minister announced at a meeting with rectors. 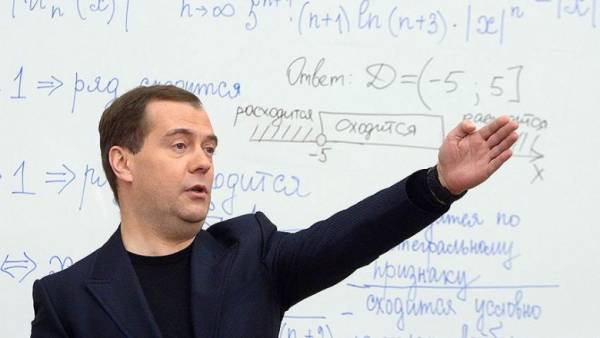 The main criterion is the attitude of the founder, that’s right. No matter how the founder looks like, it may be a state Agency, the authorities or private founders. If the founder doesn’t care about the fate of the University, this University must be either transferred to the Ministry of higher education, and then will apply the General criteria, or if the University belongs to the private sphere, founder needs to think about how this University contain.Dmitry Medvedevputin-Minister, quoted by RIA Novosti

Previously, “Kommersant” it became known that the 50 largest Russian universities appealed to President Vladimir Putin with a proposal to abolish the current system of state accreditation of universities as obsolete. Representatives of high schools offer, in particular, go to the inspection the quality of teaching in cooperation with employers and the results to publish in open access. In Rosobrnadzor believe the proposal is excessive.

Read more: Peskov, said that the changes in the field of state accreditation of universities is already planned