LC commented on the statement on the military situation

LUGANSK, 5 Jul — RIA Novosti. The statement of the leader of the party “Fatherland” Yulia Tymoshenko on the intention of the President of Ukraine Peter Poroshenko to impose martial law in the DNI and LC, to avoid elections and remain in power for a second term, is another pre-election move, told RIA Novosti the representative of the LC in the political subgroup Rodion Miroshnik. 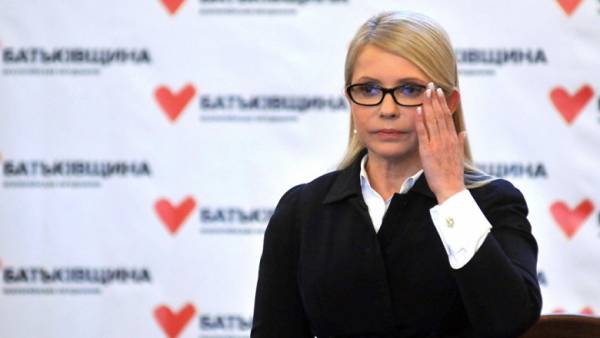 Tymoshenko said earlier that President Petro Poroshenko supposedly leads talks with leaders of the breakaway Donetsk and Lugansk national republics to declare martial law and stay in power for a second term. During martial law in the country cannot be held elections. The next presidential elections in Ukraine scheduled for 31 March 2019.

“To enter the military situation, Poroshenko should negotiate with heads of republics. He can impose martial law in its decision, but only in the remaining part of Ukraine, which is controlled Kiev, the republics is not relevant,” explained Miroshnik.

He said that Tymoshenko’s statement say about the aggravation of the election campaign in Ukraine show that the candidates would use “any and all methods to achieve their goals.”

“In Kiev is still quietly, but a real war with death and destruction lasted for 4 years, and in the circle such as Poroshenko and Tymoshenko, war is just a tool to achieve power, and regret for the dead and injured is blatant hypocrisy,” — said the representative LNR.