Rejected the prosecution’s request to increase the punishment Gregory Pirumov. 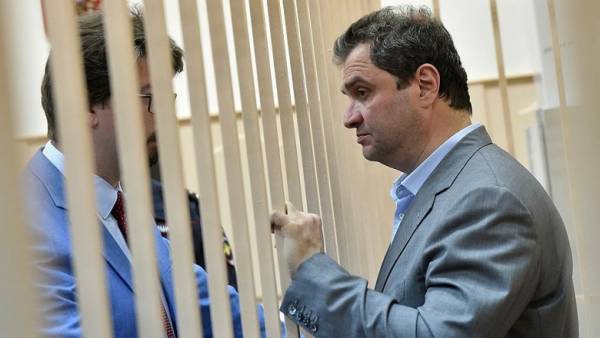 The Presidium of the Supreme court (SC) of the Russian Federation rejected the proposal of the Prosecutor General, demanding the appointment of more rigid sentence to the former Deputy Minister of culture Gregory Pirumov convicted last year in the so-called restorers. Then for embezzlement of budgetary funds allocated for restoration of objects of cultural heritage, amounting to more than RUB 100 million, the former official received a sentence that allowed him immediately after the verdict to be released. The Supervisory Agency demanded this to cancel the verdict and send the case for retrial, but understanding the sun have not found. However, now Grigory Pirumov is again in jail on new charges of embezzlement during the reconstruction of the objects of the Hermitage.

The Presidium of the Supreme court became the latest appeal, which asked the state office of public Prosecutor with the requirement about revision of the verdict on the resonant “case restorers”: in the opinion of the Supervisory authority, the penalty imposed by Gregory Pirumov was unreasonably soft.

Then, we will remind, the former Deputy Minister of culture and his accomplices, accused of stealing more than 100 million rubles allocated for the restoration of several cultural heritage sites, received a punishment that allowed them immediately after the verdict to be released.

The ex-Deputy and former head of Department of the Ministry of culture Boris Mazo got one and a half years of imprisonment, but this period they have served during the investigation in prison, others received suspended sentences.

The reason for such a light sentence was the fact that all of the defendants pleaded guilty and repaid the damages in the case. The Prosecutor’s office, demanding then to Grigory Pirumov five years jail time with court disagreed and protested. However, the court of appeal, and now the Presidium of the Supreme oversight Agency did not agree. However, the prosecution has an opportunity to speak directly to the head of sun Vyacheslav Lebedev, but whether it will use this resource, is still unknown.

Meanwhile, Grigory Pirumov met the decision of the Presidium, again while behind bars. In may, former Deputy Minister and also another person involved in “the works of the restorers”, the owner of “Rospan” Nikita Kolesnikov (he received five years probation), was arrested on a new case initiated by the Investigative Committee of Russia under part 4 of article 159 of the criminal code (fraud in especially large size). This time we are talking about the embezzlement of budget funds in the amount of 450 million rubles in the reconstruction of objects of the Hermitage. Boris Mazo also passes on this case, but since his whereabouts the investigation to establish the failed former official of the Ministry of culture announced on the wanted list and arrested in absentia.