MOSCOW, 4 Jul — RIA Novosti. Russian pilot Konstantin Yaroshenko, who is serving a 20-year term in the United States, wrote to the Commissioner for human rights in Russia Tatiana Moskalkova a letter in which he told about torture and harm to his health. 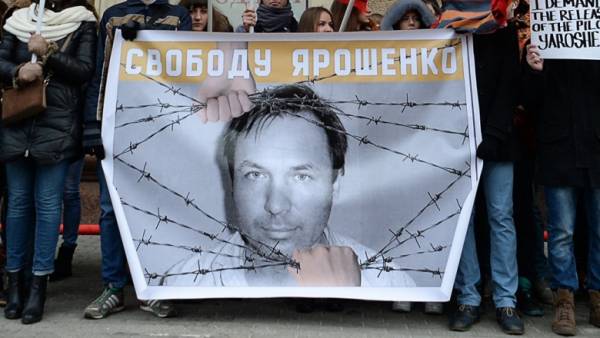 “I would love to hold a real trial with scoring only happening at that time with me and around me, and not how the “democratic, open, fair” trial in the USA, where I was forbidden to name and mention of my kidnapping, torture and other serious things that are available in the “case”, but for a number of reasons trying to conceal by the US authorities from the public”, — says Yaroshenko in the letter provided by RIA Novosti press-Secretary of the Ombudsman.

Yaroshenko in the letter indicates that he was kidnapped on the orders of the US authorities and held “agents” may 28, 2010. The pilot informs the Ombudsman that he was tortured, beaten, and carried “interrogation”.