Scientists first recorded output of large mammal outside the exclusion zone of Chernobyl NPP. The gray wolf left his territory and took nearly three hundred kilometers; scientists believe that his case is not exceptional, and the population of the exclusion zone may well serve as a source of replenishment of other European populations. 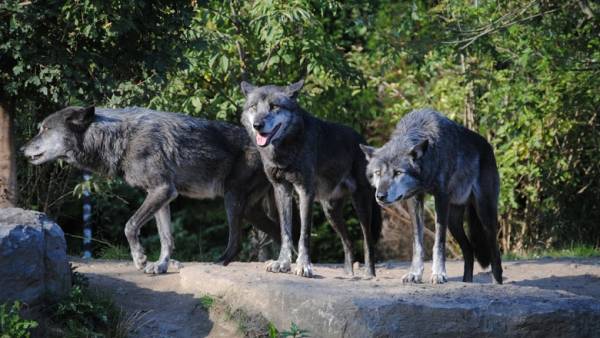 The exclusion zone of the Chernobyl nuclear power plant has long turned into a reserve; the population there was evacuated for more than thirty years ago, and in the absence of the people there feel wild plants and animals, including wolves.

The movement of animals is not limited to the boundaries of the exclusion zone; last week a group of American researchers published the results of observations of an adult gray wolf (Canis lupus). Three weeks of observing the wolf was almost 400 kilometers, went beyond its usual area of about 28 square kilometers, from the borders which he rarely moved further than 5 km on average, wolf increased the daily distance of 16.8 km, and went far beyond the exclusion zone.

The study authors noted that, although the behavior of one animal is impossible to judge about the dynamics of animal migrations in the vicinity of Chernobyl, their observations prove that the animals from the Area can occupy the surrounding territory and to interbreed with animals outside the zone. “Our observations raise the question of possible transmission of radiation-induced mutations in populations that are not affected by consequences of the Chernobyl disaster,” the scientists write.