The rector of Ranepa Vladimir Mau — about raising the retirement age, individual education, the possibility of cancellation of the exam and cryptocurrencies. 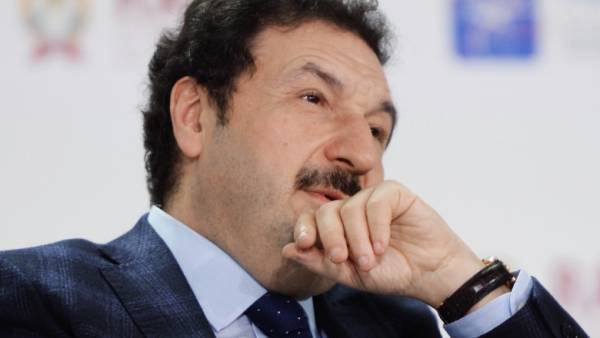 Raising the retirement age requires professional training of experienced personnel and the development of continuing education, said the rector of the Russian presidential Academy of national economy and public administration under the President of the Russian Federation (Ranhigs) Vladimir Mau. In an interview with “Izvestia”, he said about the need for pension maneuver and what changes are waiting for the education system. Also Vladimir Mau has assessed the Russian economy to cope with sanctions, and explained why bitcoin may be the currency of the future.

— The government has approved raising the retirement age. Why was this necessary? There may have been other ways?

— Raising the retirement age is a long overdue topic. In almost all countries of our level of economic development is higher than in Russia. This is due to several demographic, economic, social circumstances. One of the important factors in favor of raising the retirement age in Russia has reduced the period of working life. When introduced, the current retirement age, most of the population started about 10 years earlier. In the 1930-ies the people in bulk have started to work in 14 years, finishing in 55-60, which meant working lifetime at 41-46 years.

Now, since the increased period of education, the beginning of the work has shifted to 22 years, end — use average of 53-56 due to the spread of early retirement. Total — 31-34 years of working life.

Thus, we have, in fact, not so much increasing the retirement age, how many restored working lifetime — and then only partially.

Finally, because of the demographic wave we have the last 10 years reduced the population of working age.

This means that raising the retirement age should not lead to increased tension in the labour market.

On the contrary, will allow to retain qualified personnel.

Officials argue that by increasing the retirement age will increase pensions. How it is justified?

This is a very important task of the pension reform. The main thing — not the fiscal effects, not budget savings, and the opportunity to increase pensions to those who are most in need — older ages. In a sense, this increased targeted pensions. On payments to those who can’t work.

— So you mean a redistribution in favour of the most elderly?

Yes. One of the elements of injustice in the present retirement age is that people get a pension working age, when they can and want to work. It is important to have a decent pension received by those who are working can not. Now it is planned that thanks to the pension reform will raise the payment of 12 thousand roubles a year. I think we must find a way to increase this amount.

But aged people do not want to take the job, and they are more likely to get laid.

— At least stories about how young people don’t want to hire because of lack of experience. The problem of mismatch of skills actually exists, but it is not purely age-related. Here, the necessary system training.

It is wrong to say that a person is not take just because he’s old. Often it not take, because he is not very skilled.

And so it is very important to have effective system of retraining. Again, not only for seniors but for all. Now continuing education is a necessity, it is a real requirement of the labour market and for all ages.

— This year the structure of the Ranepa entered the Federal Institute of education development (FIRO). If you are preparing joint projects to promote the country continuing education?