GENEVA, 2 July. /TASS/. More than 200 migrants trying to reach European countries drowned in the Mediterranean sea from 29 June to 1 July. The total number of deaths at sea since the beginning of the year is more than 1,000 people, said on Sunday evening in Geneva, the international organization for migration (IOM). 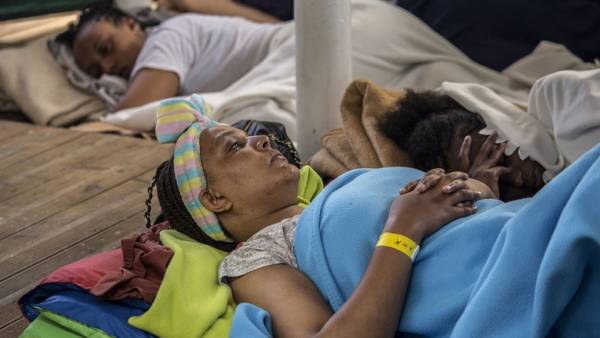 “At the end of this week, around 204 migrants died at sea off the coast of Libya, — stated in the message. Thus, the total number of migrants who have drowned this year, more than 1,000 people.”

According to the IOM on Friday in a shipwreck, has killed 103 people, including three children. Another shipwreck of a ship with migrants occurred on Sunday, the death toll, the organization does not name, informing only about the rescue of 41 people.

For three days from Friday to Sunday, the Libyan coast guard intercepted and returned to Libya more than 1,000 migrants who went to Europe on boats.

The head of the IOM mission in Libya, Othman, Belbeisi said about “causing great alarm the increase in deaths at sea off the coast of Libya.” “The smugglers are desperate migrants to sail to Europe before will take effect more severe measures of control of the crossing of the Mediterranean sea”, — he explained. “Migrants returned to the coast guard in Libya, should not automatically be placed in detention, said Belbeisi. — We are deeply concerned that the detention centres will again be overcrowded, and living conditions will deteriorate with the influx of new migrants.”