In Paris, “spider-man” who saved the child from the balcony, got a job as a firefighter

22-year-old Mamadou Gassama, who at the end of may in Paris rescued the child hanging on the balcony railing, was a rookie in the ranks of the Paris firefighters. On 28 June, the Paris fire Service tweeted a photo of new employees, some of whom are Gassama. 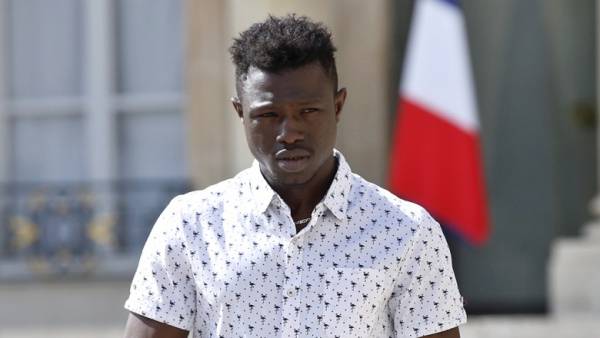 Mamadou Gassama, illegal migrant from Mali, gained fame and the nickname “spider-man” at the end of may. The social network has got video of him just a few seconds climbs the facade of a residential building to a height of the fourth floor to help the child who hung on the railing of the balcony.

Paris mayor Anne Hidalgo thanked Gassama for bravery. At the Elysee Palace, he met with the President of France Emmanuel Macron, who was awarded the “spider-man” medal of courage and promised to give him French citizenship.