In Cambodia knitted the longest scarf in the world

The Cambodians have set a new world record, tying the longest in the world the cram — traditional colored scarf. 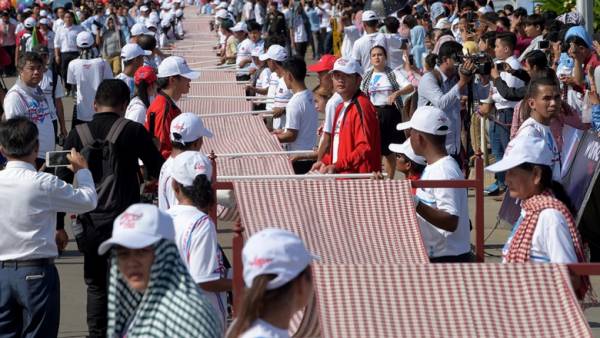 In order to do the impossible, in a six-month weaving marathon at the Royal Palace in Phnom Penh was attended by more than 23,000 people. When the work was finished, thousands of young people took to the street to expand a huge scarf. Its length was 1149,8 meters, which, according to the official representative of the Guinness Book of records, became the new world record.