Moscow. July 2. INTERFAX.RU — the Former head of the USSR Gosteleradio Leonid Kravchenko has died on 81-m to year of life, said his son, journalist of “echo of Moscow” Anton Orekh (Andrey Kravchenko). 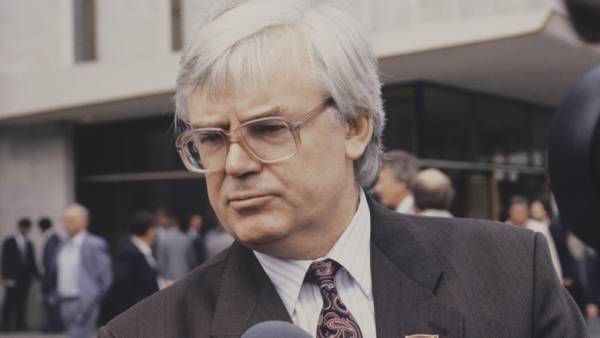 “Died, Leonid Kravchenko,” wrote the Walnut in his telegram channel.

As the journalist notes, “thousands of people who (Leonid Kravchenko) didn’t hated him, but those who knew him well will remember his good word.”

Leonid Kravchenko was born on 10 may 1938 in Orel oblast, in 1961 graduated from the journalism faculty of Moscow state University.

In 1985, he was appointed first Deputy Chairman of the USSR State Committee for television and radio broadcasting (Gosteleradio SSSR) to the position which he held until 1988. In 1989 he led the Telegraph Agency of the USSR (TASS).

Decree of the President of the USSR Mikhail Gorbachev was appointed the first Chairman of the USSR radio and 14 November 1990, then-Chairman of the all-Union state television and radio broadcasting company on 8 February 1991. 26 August 1991, after the suppression of the August coup, by the presidential decree of the USSR Kravchenko was removed from his post as August 19, 1991, subject to the decision of the emergency Committee of the political censorship on TV.

Since 1993 worked as the first Deputy chief editor of “Rossiyskaya Gazeta”. Since 1998 and over the next five years was the head created by the “Parliamentary newspaper” — the official organ of the Federal Assembly of the Russian Federation.