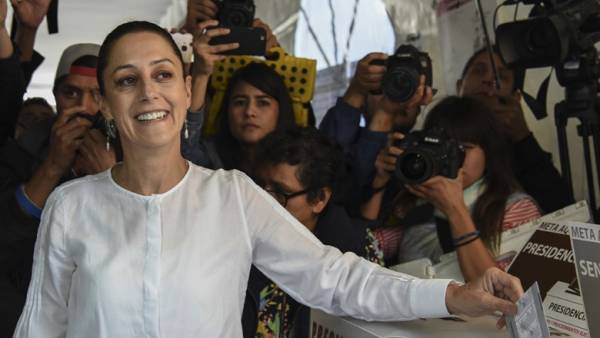 General elections were held in Mexico on Sunday. They elected the President, members of Parliament, governors of several Mexican States and mayors of several cities.

The polls had already closed in most parts of Mexico, however, those voters who were still on the plots at the time the official closing, given the opportunity to vote, according to the Mexican press.

For the post of head of state fought four candidates. One of them is 64-year-old Andres Manuel Lopez Obrador is the leader of the Alliance “Together we will make history”, consisting of several movements and parties, the labour Party, the party of Social solidarity and the Movement for national revival. It Obrador, according to many observers, is the favorite of the elections.

According to the results of the exit polls, he’s ahead in the electoral race, gaining 39.2% of votes. In second place was Ricardo Anaya of the coalition “Civic front for Mexico” from 37.3% of the votes, closes “three” of leaders, gaining 17.7 per cent, the representative of the coalition “All for Mexico” Antonio Meade.

It is expected that the first official data will be announced at 23:00 local time (07:00 GMT), while final can appear for three consecutive days.