This amount ex-head of the security service of “Rosneft” took from his friend — a private investor. 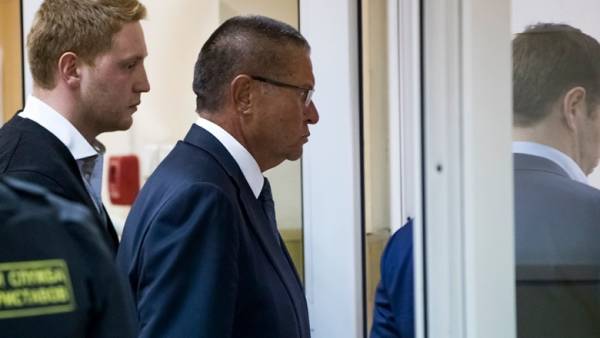 Moscow. June 29. INTERFAX.RU — the Zamoskvoretsky court of Moscow has satisfied the petition of the former head of the security service of “Rosneft”, the FSB General Oleg Feoktistov about the return of $2 million, which was handed to the convicted former Minister of economic development Alexei Ulyukayev as a bribe, the correspondent of “Interfax”.

“Return the money seized during the operational experiment, the speaker, of supplies”, — announced the decision of the judge Larisa Semenova.

Lawyer Ulyukayev has said it will appeal the decision.

As reported, in the course of the trial in the case Ulyukayev revealed that $2 million for the operational experiment Feoktistov took from his friend — “private investor”. In June, the General of FSB has addressed in court with the statement for return of funds.

The Zamoskvoretsky court of Moscow on 15 December 2017 recognized speaker guilty of receiving a bribe in 2 million dollars (part 6, item 290 of the criminal code) from the head of “Rosneft” Igor Sechin and sentenced him to eight years in colony of strict regime. In addition, the court appointed Ulyukayev penalty of more than 130 million rubles.