The Zamoskvoretsky court of Moscow partially satisfied the petition of the convicted person for a bribe ex-the Minister Alexey Ulyukayev, allowing it to deduct money from his account in the savings Bank for payment of the fine in the amount of 130 million rubles In the removal of arrest from the rest of the money and property of the speaker, the court refused. 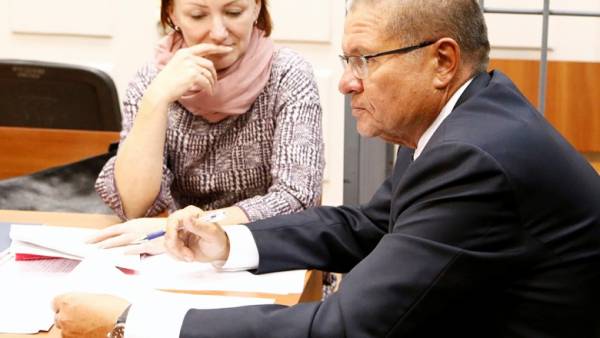 The property will be released from custody after the fine is paid, explained to journalists the lawyer of the speaker Larisa Kashtanova.

In the list of seized property Ulyukayev entered land, private home ownership, a car, a house, money in the accounts in Sberbank and VTB 24 seized during the searches, cash, and coins made of precious metals, watches, ingot silver, and decorative bookmarks from silver alloy.

Former Minister of economic development Alexei Ulyukayev was found guilty of receiving $2 million in bribes from the CEO of “Rosneft” Igor Sechin. In mid-April, the Moscow city court upheld the conviction and confirmed Ulyukayev appointed him eight years and a fine of 130,43 million rubles. the speaker does not recognize his guilt, he filed a cassation appeal against the verdict. Now the former officer is serving a sentence in a penal colony in the Tver region.

At the meeting of June 29, the Zamoskvoretsky court decided to return the FSB General Oleg Feoktistov $2 million that was transferred Ulyukayev Sechin as a bribe during the operational experiment within the office of “Rosneft” in November 2016.