“Hubble” has received detailed photos of the early Universe

MOSCOW, 2 Jun — RIA Novosti. Orbital Observatory “Hubble” has received some of the oldest galaxies of the universe, watching the constellation of Aquarius with infrared and optical cameras, the website of the space telescope. 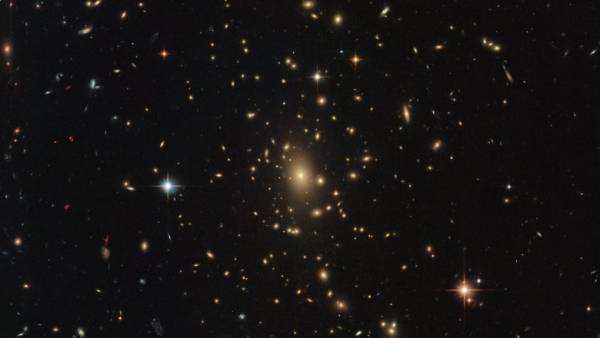 Now, the Hubble will be holding a census among the biggest clusters of galaxies of the universe, getting them detailed photos of the project RELICS. These data, as scientists hope, will help to obtain the first accurate estimate for the mass of dark matter and understand how ended the “dark ages” at the dawn of adolescence of the Universe when it was opaque to visible light and other forms of electromagnetic waves.

NASA showed a cloud on Jupiter. They look like a surrealist painting

In addition, the study of ancient clusters of galaxies, as cosmologists today I hope, will help us to understand the role in their education and life is played by dark matter and dark energy, and how their structure and distribution in the Universe associated with the distributed matter in the universe in the first moments after the Big Bang.

One of the first objectives RELICS became a cluster RXC J2211.7-0350, located in the constellation of Aquarius at a distance of 4 billion light years from Earth. A scientist explains how the team of Hubble, not individual galaxies within this “star family” and how they distort and amplify the light of more distant objects that existed in the first moments of the Universe.