“Black youth” who are jamnicky, who were ancestors of Europeans

MOSCOW, 1 Jul — RIA Novosti, Tatiana Pichugina. Modern scientists rewrote the prehistory of the European peoples. Analysis of ancient DNA showed that genetically they are half — pastoralists-Amriki who came five thousand years ago from the southern Russian steppes. 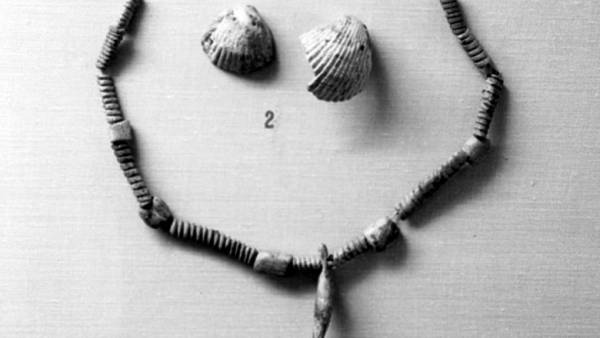 On the largest invasion of Europe — in the material RIA Novosti.

Carts pulled by oxen, creak and get stuck in the clay. The felt tent is damp inside damp. Next, holding the shafts, are men and women with children. As it gets dark, they’ll break camp in the morning we will sail. They need to find new pasture for livestock. In the same place numerous tribe do not eat.

In the West, many plains with lush grass, plenty of lakes with fish. Farmers can barter for grain, fabrics, jewelry. Newcomers have something to trade: they are good blacksmiths, potters and carvers. In the winter, when work is less, they will form groups of young men and send them to explore new lands.

Probably what moved the ancient inhabitants of the steppes of the Caspian sea and the black sea. They did not build cities and settlements, not plowed land. But how to connect the wheels of solid pieces of wood, to make the carts. After all, the to herd flocks of sheep, oxen, horses, distill them into different pastures, we need a means of transportation. Horse-riding steppe dwellers did not know, do not own written language.

For five thousand years before GPS

The ancient herdsmen buried their dead in large pits, and archaeologists call this culture Yamna. The inside of the hole was lined with vegetation mats, the deceased was laid on back, with bent knees, feet, having put under a head a pillow of herbs. Sprinkled with ocher, left next to a clay pot with food, bone ornaments, copper knives, plates, flint flakes. The top hole was blocked by wooden beams and was replaced by a hill — mound. In the steppe barrows served as a point of reference, a kind of mile posts.

All that is known about amnico extracted from these burials burial ground tombs. The burial rite suggests that ideas about the afterlife among this people was quite advanced.