An armed man who attacked the editor of the Capital Gazette in the American Annapolis (Maryland) and killed five people previously unsuccessfully sued the publication. This writes CBS News. 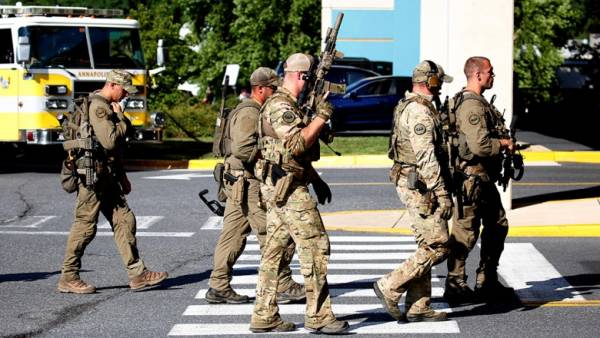 According to the channel, the suspect is a 38-year-old Jerrod Ramos. The exact motives of the men is unknown, but it is reported that five years ago he filed a lawsuit against Capital Gazette, accusing the publication of libel. Grievances related to material 2011 in the newspaper the Capital. She printed the story of the woman over which Ramos mocked in the network. He also called her boss and tried to secure the dismissal. In the end, the man was found guilty in a criminal prosecution. The claim for publication of court dismissed, finding the material lies.

Ramos shot the glass door of the office, and then opened fire on the staff. Killing four reporter and editor, as well as sales assistant, reports BBC News. Several people were injured. As reported by reporter Daniel Ol, editorial office is located in a small room, there usually sit about 20 people: both journalists and employees of the advertising Department.

“There is nothing worse than hiding under the table, and hear a few people got shot, and then recharge the weapon”, — told the newspaper reporter Phil Davis, who was in the building at the time of the incident.

According to him, the attacker stopped firing suddenly and before guards arrived.

As reported, Ramos had a gun, and smoke bombs. When the scene was raided by police, the shooter hid under a table.

Officially, a police spokesman at the press conference did not mention the name of the arrested. According to him, the attack was targeted, and the suspect was going to shoot people. The man refused to cooperate with the investigation.

It is noted that the attacker was not in possession of the documents. Besides, the man has damaged the ends of my fingers, so it could not be identified by fingerprints. As a result, its identity is established by using the technology of face recognition. The search conducted in the databases of passports and driver’s licenses.