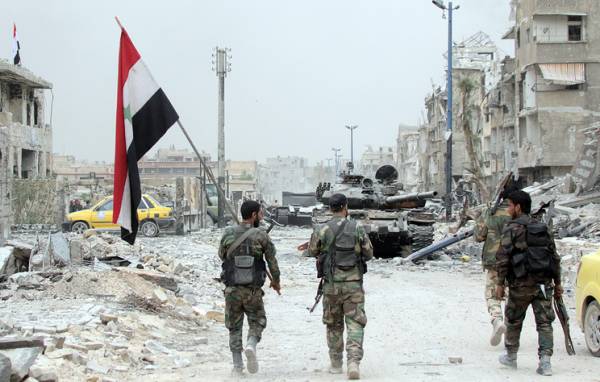 TASS, June 24. The formation of the free Syrian army, under control of which there were more than ten settlements in the area of de-escalation in the South of Syria in the past days, moved to the side of the authorities. About it reports on Sunday, the Russian centre for the reconciliation of the warring parties in the Syrian Arab Republic.

“During the past days reflect a large-scale offensive of troops “Dzhebhat an-Nusra” (a terrorist group banned in Russia – approx. TASS) in the southern zone of de-escalation of the formation of the free Syrian army (FSA), which controlled localities Habab, Khirbat al-ICAP Djerfi, ASEM, Sheikh governorate, Sheikh Sharqi, El Shumarov, Khirbat al-Sabbir, Deir Lady, Al-Senior and Gadal voluntarily defected to the government forces. By the end of 23 June the settlements was fully controlled by the legitimate Syrian authorities”, – is spoken in the message Center.