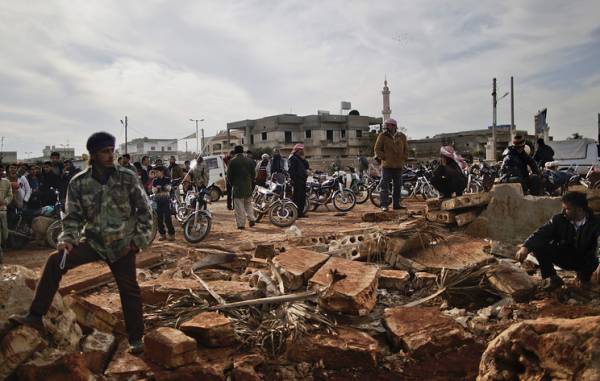 MOSCOW, June 24. /TASS/. The militants of the terrorist group “Dzhebhat EN-Nusra” (banned in Russia) are preparing a provocation in Syria – they took in Idlib province staged footage showing the militants evacuating civilians and restoration of buildings allegedly destroyed the Russian and Syrian air strikes. This was announced on Sunday, the Russian centre for the reconciliation of the warring parties in Syria.