Saudi women waited for opportunities to get behind the wheel

Sunday, 24 June, entered into force a law allowing women from Saudi Arabia to drive. About it reports BBC News. 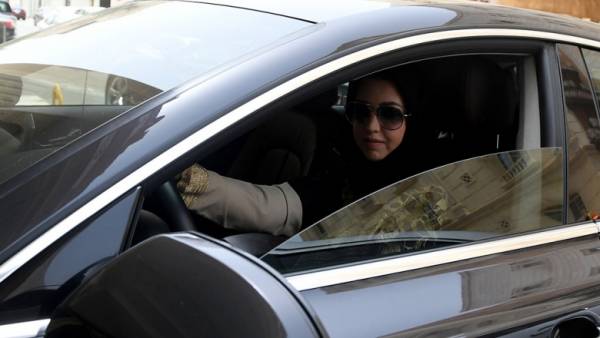 The new law was announced in September 2017, king Salman, and in early June, Saudi Arabia began to issue licenses for the operation of the vehicle and also opened courses to train women to drive.

Saudi Arabia remained the only country in the world, where since 1957, has been banned for driving for women. Because of this, families were forced to hire drivers to move the female family members in the city. In the 1990-ies there was a movement for women’s right to independent driving. Many activists were arrested and put on trial.

The lifting of the ban on driving is part of the programme of crown Prince Mohammed bin Salman for the modernization of certain aspects of Saudi society.

Photo of woman in car on cover of Vogue Arabia ignites controversy. Why many on social media saw the cover of the magazine as tone deaf:https://t.co/47mKlZxljY pic.twitter.com/mjIITNSsRa

At the end of may on the cover of Vogue Arabia was a photograph of an Arabian Princess behind the wheel of a car. In the photo the daughter of the late king Abdullah of Saudi Arabia posing behind the wheel of a red convertible. The choice of this image is that from June 2018, the women in the country will be allowed to drive a car without getting the permission of a male guardian. In March, the Mohammad bin Salman stated that it is working on an initiative that would equalize the salaries of men and women in the Kingdom.