Residents of Idlib said about preparing provocations against Russia

MOSCOW, 24 Jun — RIA Novosti. Residents of Idlib province said that militants are preparing a provocation using a staged video, said in the center of the reconciliation of the warring parties in Syria (TSPVS). 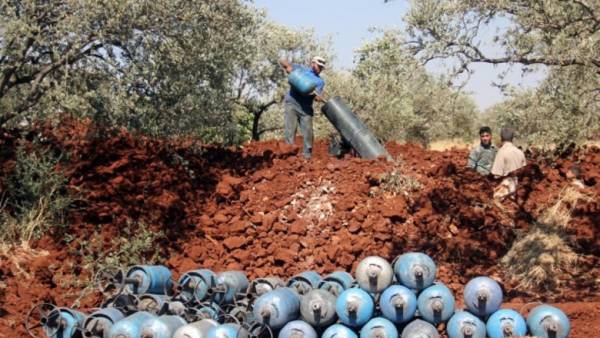 The initiator, according to the TSPVS, were made by the group “Dzhebhat EN-Nusra”* relevant information was transferred to the Russian military on the phone.

According to local residents last Friday in the province came the operators of one of the middle East news Agency.

“This group, together with the terrorists “dzhebhat an-Nusra”* conducted staging the evacuation by the rebels on civilians in the hospital, “Alhelal al-Ahmar” active “restoration” terrorists civilian infrastructure supposedly destroyed in the attacks of the Russian and Syrian aircraft,” the report States.

As a “supporting frame” is scheduled to show houses destroyed by extremists during clashes with other terrorist groups.

According to go, staged shots published in Arab and Western media. They will be an occasion for “another of the accusations against Russia,” the message reads.

Due to the resonance in the media the militants also hope to establish the financing of armed groups through Western NGOs operating in the province of Idlib, said in TSPVS.