WASHINGTON, June 23. /TASS/ — the state Secretary added that the assistant to the President of the USA John Bolton plans to go to Moscow on Sunday or Monday. 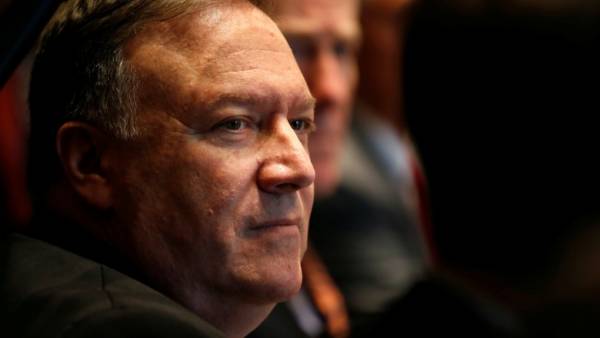 “I don’t know what will be the work schedule of the President of trump [this summer]. I know Ambassador Bolton is planning to go to Moscow on Sunday or Monday. He will meet with his counterpart. And I believe that, most likely, President trump will meet with his Russian counterpart in the not so distant future after that” — he said in an interview with broadcaster MSNBC, promulgated by the state Department on Saturday.

According to Pompeo, he “does not know whether he will go to Moscow.” “I am sure that will meet with his counterpart [Russian foreign Minister Sergei Lavrov] somewhere. I already talked to him a couple of times as Secretary of state. It was a good conversation, each of us expressed to each other the displeasure of the actions of the [USA and Russia] […] Some of the steps that they [Russia] take, for example, in Syria and Ukraine, not very helpful, they are not constructive”.