TASS, 23 June — the Turkish leader also noted the good cooperation between Ankara and Moscow on the Syrian issue. 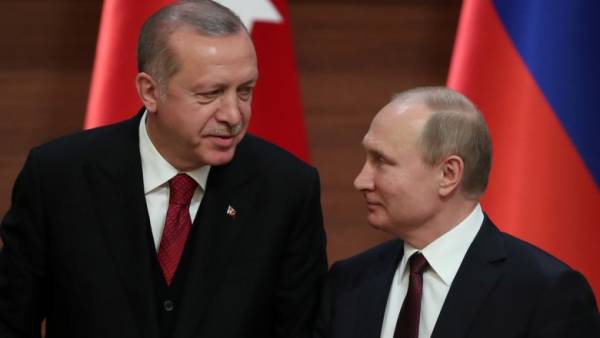 Turkish President Recep Tayyip Erdogan called the Russian leader Vladimir Putin and themselves as the most experienced politicians in the UN General Assembly. He declared it in published on Friday evening interview with Turkish state TV channel TRT.

“Let me be crystal clear… at the moment in the UN General Assembly only two truly experienced politician might have someone else, but I do not remember: it’s the President [of Russia Vladimir] Putin and me. Because we both held posts as Prime Ministers and presidents, we have achieved much, but there is still a lot of challenges,” he said in an interview, a video of which was posted on the page of the channel in Twitter.

Erdogan also noted the good cooperation of Turkey with Russia on the Syrian issue. According to him, the “special relationship” with Putin and the close contact of the foreign ministries of the two countries have helped to achieve progress in this sphere, in particular, to organize the inter-Syrian talks in Sochi last year.