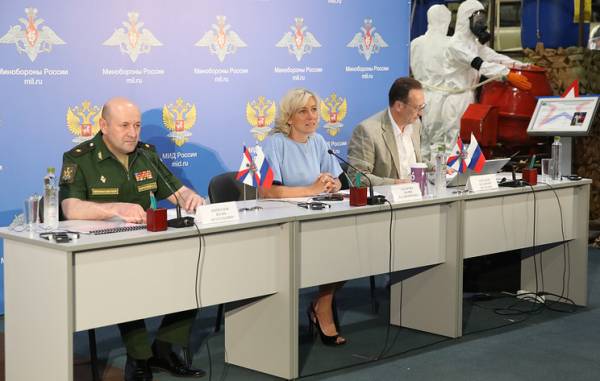 ODINTSOVO /Moscow region/, June 22. /TASS/. Discovered in the Syrian city of Duma equipment for the production of chemical weapons, which was used by militants based there, produced in Western Europe. This was stated on Friday the official representative of Russian foreign Ministry Maria Zakharova.