Ukraine demanded from Bloomberg repaint the map with the Crimea

MOSCOW, June 23 — RIA Novosti. The Ukrainian Embassy in Washington, in Twitter called on Bloomberg to correct the map, which marked the territorial affiliation of the Crimea. 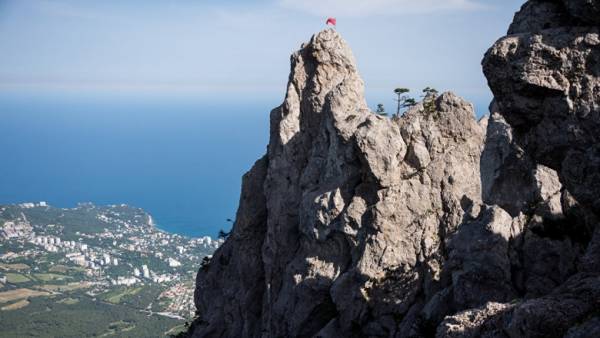 The Embassy said that the Peninsula is part of Ukraine and “be painted yellow”.

Earlier, Bloomberg had published a map of the world, which marked the territorial affiliation of the Russian Peninsula of Crimea.

Some key emerging markets are about to run the gantlet of potentially game-changing elections https://t.co/NrvIIIjjlB pic.twitter.com/PQesZ1Xo9n

An image of a map placed in the Agency account in micro-blogging network Twitter dedicated to news material on elections in developing countries. On the map of Ukraine territory painted yellow, which in the infographics indicated that elections will be held in 2019. The territory of Russia in infographics marked in dark grey color, which indicates those countries in which elections are held. The Crimea when this is marked “neutral”, light gray.

Crimea became a Russian region after held there in March 2014 referendum in which 96.77% of voters of the Republic of Crimea and 95.6% of residents of Sevastopol voted for joining Russia. The referendum held after a coup in Ukraine in February 2014.

Ukraine still considers Crimea its but temporarily occupied territory. Moscow has repeatedly stated that the referendum on the Peninsula conducted in full compliance with international law and the UN Charter. According to Russian President Vladimir Putin, the Crimea issue “is closed permanently.”