Poor people: how the stress of employees leads to billions in losses

In the Russian reality, corporate culture has become a dirty phrase. This term is often meaningless trainings and wasting money on unnecessary activities. Meanwhile, successful companies in Europe and the United States are actively implementing the corporate culture — and even earn it. The difference lies in the attitude to work. 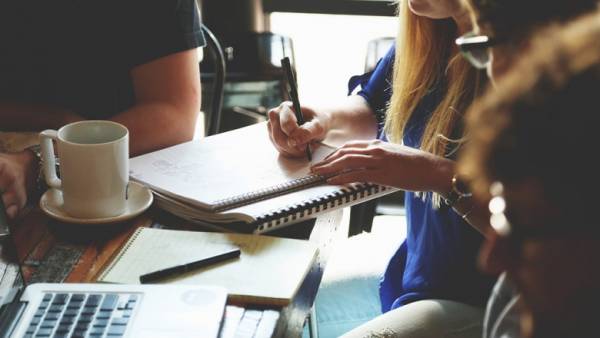 Microsoft market capitalization grew from $315 billion in 2014 to $775 billion at the beginning of 2018. One reason for this result was a method of management which is elected CEO Satya Nadella. He led the IT giant in 2014 and immediately made a bid to strengthen corporate culture.

In order to become successful, you must give utmost importance the right culture, which in turn will allow you to cultivate new skills and create new concepts. It was important for us to make the culture such that it is possible to open yourself and your capabilities again, to come up with new approaches.Satya Nadella

Microsoft is no exception, and one of the examples of global trends in the development of productive culture among the companies that are really striving for success. The growing list includes such companies as Jaguar, Nordstrom, 7-Eleven, Starbucks, Amdai many others. By the way, the Boeing 787 Dreamliner, a project that threatened catastrophic failure, has soared thanks to timely measures taken to strengthen corporate culture on the production in Seattle, where she created the plane.

How to make business efficient

The business has already entered an era of knowledge — it is time to rethink the role of people and their values, understanding that each person plays a role in building the future. This is the time when competing processes, and corporate culture. In 2018 they determine internal strength and efficiency of the business. Companies are moving to use a completely other dimensions than those used in the last few decades.

In the industrial era of the culture was determined after the fact that employees do in the organization. It was a static component, that provides neither life nor movement. Times have changed: now, corporate culture is considered as a psychological energy company.

This option merges the talents, competencies, moral values and attitudes of people to achieve organizational goals. A totally live a dynamic force that generates for each development and growth. Entrepreneurs and managers learned in the corporate culture and powerful managed resource, which is unthinkable without long-term success.

Corporate culture can be called the soul of the company, influencing human actions, vision, aspirations and development. Combining the best of psychological qualities of employees, giving them a sense of belonging to something important, encouraging loyalty and increasing the interaction of people, culture directly affects the increase of productivity and continuous growth of the business. Including due to the fact that companies with a strong culture is much easier to attract and retain the best talents when other things being equal, employees will choose the employer who will give them more cozy and psychologically comfortable.

What happens if we forget about the culture

Employees invest their time, human abilities, qualities and talents to the organization through involvement that directly affect performance. People involved in the work and life of the company unless they are confident that the result of their work affects their own success and goals of each employee match the company’s goals. According to the Gallup report for the year 2017, workers are 3.5 times more effective if they believe that their goals and objectives coincide.

While corporate culture is not the result but the process. Should stop to take care of him at least in the short term, as it leads to instant decrease in efficiency. Research results published in the Gallup report in 2017, showed that the world average only 15% of people truly involved in the work.

It turns out that 85% of employees work below their potential. That is, just come for the salary and show some effort. Apparently, the old Russian saying “one with a plough, seven with a spoon” is still relevant. In other words, an employee who is not involved in the work, too expensive — he gets 100% salary, but its impact is much lower.

In monetary terms, the low involvement of people in work costs the global economy about $4.7 trillion is tripled Russia’s GDP. It is the visible part, calculated without taking into consideration tax losses, increased demand for state support, the budget deficit and a host of other negative consequences of economic, social and political nature.

For example, the United States can be seen. that lack of employee engagement at work costs the economy about $450-$550 billion per year. Oddly enough, this is a positive example: the level of involvement in the United States the world’s highest — 33%. The German economy loses about $185 billion at 15% confidence level of involvement. UK loses around $110 billion, only 17% of Britons actively involved in the work. Against this background, Russia has shown good result in 19%.

Another major factor that has been considered relatively recently is stress and depression, resulting from the work in the company with a negative culture. It directly affects productivity.

Due to the acquired depression of staff of the US economy loses about $100 billion a year. In General, the world economy loses approximately $1 trillion annually.

The increased cost of management and transaction costs difficult to calculate and one can only imagine the monstrous magnitude of such losses, expressed in bankrupt companies, slow development and missed opportunities.

Six priorities for a successful company

Involvement determines the degree of participation of each employee in the company, but this is only the visible part of what needs to worry the business. The main goal of the company. striving for growth is the rise of so-called metaphysical resources. That is, the resources that generate inner power and strength of the company, the ability to achieve business goals: credibility, professionalism, teamwork, innovatsionnosti divided the vision and the responsibility for their actions.

All of these resources directly affect the quality of the product, its cost and the dynamics of organizational life. Without these ingredients it is impossible to achieve high productivity. It is necessary to remove one of them, how about full-fledged development will be difficult to say.

Key resources are formed from the positive efforts of every employee including managers. These six qualities have a strong influence on the behavior and performance of employees and determine what can be achieved by the organization. It is on the development and effective use of these resources now rely leading companies of the West.

What hinders the development of

Success in business is determined by the ability to see and effectively use available resources — especially those that are generated within the company and allow increasing efficiency without requiring special attachments. But keep in mind that an effective management culture is considered the top managerial skill and requires special knowledge and competencies. Managers often lack the relevant experience.

What prevents the use of corporate culture as a unique instrument of development? There are three main reasons. First, ignoring culture as something that has no effect the next morning. Many companies are just learning to control the culture and its resources. It’s not easy.

Achievements in this area it is impossible to show in the balance sheet. As a result, the issues of building a productive culture often are not on the list of priorities. Managers prefer to manage what can feel — even if it does not give the desired result.

Secondly, people have strong mentality of the twentieth century. In the world often speak about the development and uniqueness, forgetting that true individuality lies not in buildings, loans, or natural resources, but the people, their qualities and the role they play every day in the life of the company.

Still bet on the processes and care records prevails over everything else. This approach has led to problems of low efficiency. As you know, it is impossible to solve problems the same way they were created.

Thirdly, strategic myopia. Short-term mentality limits the understanding of what to be prepared and what you need to learn today. Future is determined today, and involves not only words but also actions. If you do not learn to manage culture as one of the critical success factors right now, in the future will be very difficult to speak about competitiveness and the growth of the business.

The future has arrived. Noticed not all

In today’s world we are talking about the compatibility of cultural values employees and clients, which allows to achieve synergy in relationships and involve consumers in product creation. Successful business projects, including Uber and Amazon are already doing this through various online services and social media.

Successful international corporations showed that tomorrow’s achievements are built on the daily improvement of competences and skills of the employees.

The logic is very simple: the company can’t move on, what skills of employees; strategic development is limited to development of people and their cultural values. Consequently, organizational growth requires investment in people and daily care. In the end, in the center of the business is crucial.