A large group of “free Syrian army” had defected to Damascus

MOSCOW, 22 Aug — RIA Novosti. The first large group of “free Syrian army” in the southern zone of de-escalation moved to the side of Damascus. It is reported by the Russian Centre of reconciliation of the warring parties. 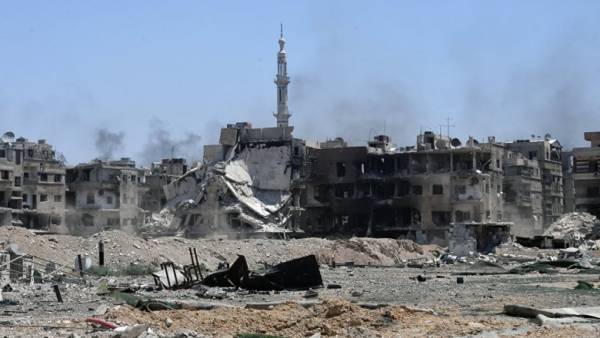 Following the talks, the leader of the group Wajdi Abu SLES said that “under our control localities of Deir Dama, Al-Senior and part of the city Gaddal voluntarily today coming under the control of the legitimate government”.

He also noted that the group with the Syrian army will jointly fight against the militants “dzhebhat an-Nusra”* LIH*.

As have informed in the Russian Centre of reconciliation by Friday evening, the first units of the government troops entered the towns of Spades and Al-Senior South zone of de-escalation.

What prevents to make peace
A day earlier, military expert Vladimir Kozin noted that terrorist organizations are vented between the moderate opposition and prevent her to make peace with government troops.

He stressed that among the four illegal armed groups constantly struggle for the redivision of spheres of influence within the zone of de-escalation. In this case, two groups “dzhebhat an-Nusra”* LIH* — inability. According to experts, in total they control 45-50% of the zone de-escalation.

The expert expressed the view that another group, “Ahrar al-sham” — under certain conditions, can join the government troops. According to him, it monitors up to 10% of the zone.