HIV and hepatitis should not lead to discrimination of the adoptive parents. 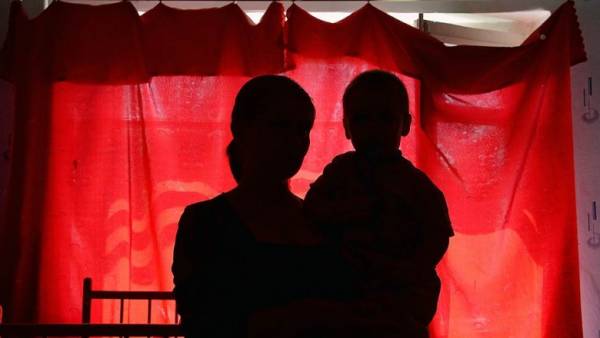 The constitutional court (CC) declared unconstitutional the practice of authorities and courts denying citizens infected with HIV or hepatitis C virus, in a child that already lives with them due to the current family relations and the courts found that the adoption allows you to legally formalize these relations and meets the interests of the child. Decisions made with the help of human rights organization “international “Agora”” couple from the suburbs, whose denial of the adoption, the COP told me to reconsider. The COP stressed that the regulation of the question of possibility of adoption in Russia should take into account the requirements of international legal acts.

The COP dismissed the appeal of the spouses from the suburbs, to challenge life limit its right to raise a child. The couple has been officially married since 2010 and live in a comfortable apartment. They planned to have a baby, but in 2012 the applicant was infected with HIV and hepatitis C in medical institution, where she was treated to become a mother. In the end her sister gave birth for the couple’s son through artificial insemination from the husband of the applicant, the biological mother officially gave up her parental rights in their favor. Despite the fact that neither father nor child, who since birth, lives in the family of the applicants, HIV is not passed on to the courts, including the Supreme, had decided that HIV infection “is itself sufficient grounds for refusing the person in adoption,” reads the complaint, prepared by lawyer “International “Agora”” Ramil Ahmetgaliev.

“It is scientifically proven that HIV is not transmitted through everyday,” said the petitioners, drawing the attention of the COP to the fact that neither the husband within five years, or a child for two and a half years became infected with HIV, and the high effectiveness of modern treatments, given to HIV-infected.

The COP agreed that the restrictions on the adoption for this small group of people based on an imaginary threat, they are full-fledged family “for a long time”, and “contested norm has allowed the court to create meaningless artificial barrier” in their family relations.

As emphasized in the constitutional court, in the exercise of legal regulation meant to safeguard the rights and legitimate interests of the child, “in particular in relation to the possibility of adoption” shall be given “and the requirements of international legal acts, which by virtue of article 15 (part 4) of the Constitution are a constituent part of the legal system of Russia”.

“Primary consideration” when a child not his own parents must be the “best interests of the child and his need for love.”

The “international community” recognized that the presence of HIV should not be seen as a threat to public health. Of course, “the legislator has the right to exercise a certain caution in the regulation of the issue of adoption if the adopter HIV infection”, but the introduced limitations should be solely in the interests of children and “may not entail reduction of social arranged child living in a family without legally recognized grounds for this”. The provisions of subparagraph 6 of paragraph 1 of article 127 of the Family code and paragraph 2 of the List of diseases at which presence the person can not adopt (adopt) a child accept it under guardianship (guardianship), to take in a foster or foster family, were inconsistent with the Constitution.

These rules are in violation of the Constitution and international legal acts on the rights of the child precluded “the possibility of taking into account specific situations of all relevant circumstances, including evidence (as it did in respect of the applicants in the present case) that the child is already living in the family of a citizen who intends to adopt, and adoption can only legally formalize the existing relationship between parent and child, not increasing (due to their being in one living space) the risks to his health,” reads the decision.